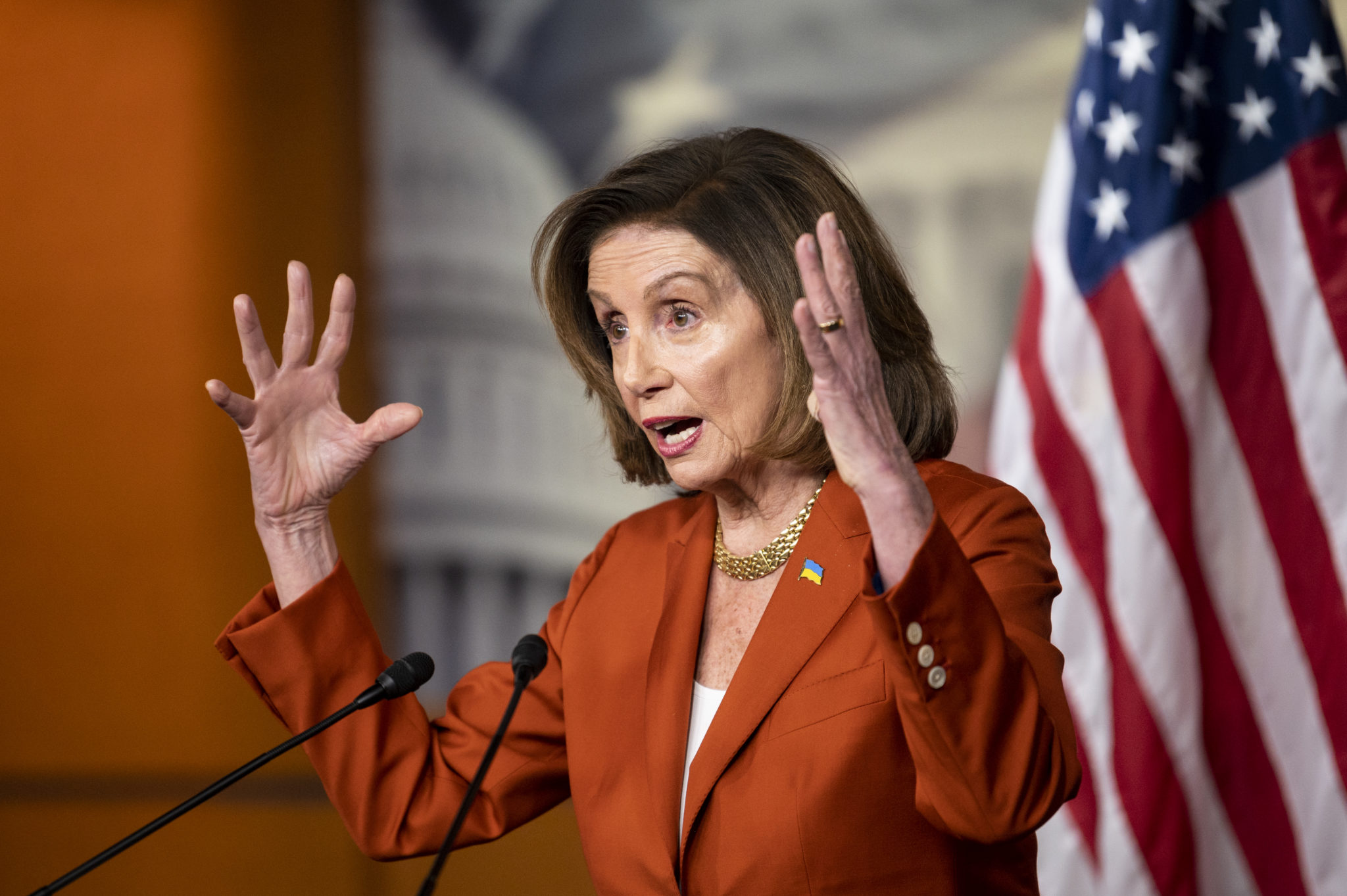 It was a long but productive day for the House of Representatives.

The House voted late Wednesday night to fully fund the government through the end of the fiscal year in September, clear another continuing resolution to give the Senate time to make any amendments, if necessary, and ban Russian oil and gas imports. The omnibus includes a 5.6% hike in defense spending and $13.6 billion in aid to Ukraine, but the extra COVID cash so desired by Democrat leaders was cut.

It was a long legislative day for the House, with the full session running from 9 am to 11:30 pm and many of the representatives working through the previous night to prepare. But by the end of the day, they had three fairly bipartisan bills ready for the Senate.

The spending package was, as both sides pointed out, a compromise bill. “This agreement does not include everything I wanted. And I know it doesn’t include everything my Republican friends wanted,” Rep. Jim McGovern (D-MA) explained while introducing the debate. “But I think that at the end of the day, it’s a good package that is going to benefit the American people.” The Democrats can boast of the largest increase to nondefense discretionary spending in four years, bumping it up 6.7% to $730 billion, and the Republicans get to claim credit for a 5.6% increase to $782 billion in defense spending. The final package also includes $13.6 billion in aid to Ukraine, which is considerably more than the initial request from the White House.

Cut from the omnibus at the last minute, however, was the $15 billion in additional COVID-19 funding, a decision that angered many in the Biden administration. The proposal would have pulled back unused coronavirus relief money from states to redistribute, but it met with opposition from rank-and-file Democrats, causing House leadership to remove it from the 12-bill annual spending package that otherwise would have made it “must pass” legislation. Now a standalone bill to be addressed when the representatives return from their retreat, the funding has no clear path forward. It’s unlikely to pass in the Senate without the omnibus, even if it does make it out of the House, which is far from certain given the opposition from both Republicans and some Democrats.

Also included in the omnibus is a five-year reauthorization of the Violence Against Women Act, which lapsed in 2019, an increase in the maximum Pell Grant award, border wall funding, and the return of earmarks. The House split the package into two votes, both of which cleared easily, 361-69 and 260-171. Passage through the Senate is expected by Friday, and perhaps as early as today.

The House also passed legislation Wednesday that prohibits the import of Russian oil and gas and other sources of energy, despite the fact that President Biden had already announced an embargo on Tuesday. According to Speaker of the House Nancy Pelosi (D-CA), it was still necessary for the House to take steps against Russia in the wake of Vladimir Putin’s actions. “We’ve been talking about doing the Russian ban for a while,” Pelosi explained. Though she expressed her pleasure at Biden’s own ban, the president was initially reluctant to do it, only caving after considerable pressure from lawmakers on both sides of the aisle.

Still, the bill was cut down a bit after objections from the White House. Initially, Congress had approved language that suspended normal trade with Moscow and sought the removal of Russia and Belarus from the World Trade Organization. The compromise loosened the proposed restrictions against the federal government trading with Russia, and mandates a review of the nation’s inclusion in the WTO.

Despite the somewhat neutered legislation that emerged, it cleared the House in a remarkably bipartisan 414-17. This is not expected to be taken up by the Senate, however, as upper-chamber Democrats worry about tying Biden’s hands, despite the provision that allows the president to suspend the ban himself. As such, though this is officially a bill and has been submitted to the Senate, it may, in practical effect, end up more like a resolution expressing the sentiment of the House – or in laymen’s terms, virtue signaling.

Still, as the late Meatloaf was known to sing, two out of three ain’t bad. The massive spending package, which ends the federal funding argument for another half year or so, and the continuing resolution that gives it time to be processed are expected to be on the president’s desk by the weekend, giving all involved except the tax payers something they can call a much-needed legislative win and clearing the way for the next bout of lawmaking.