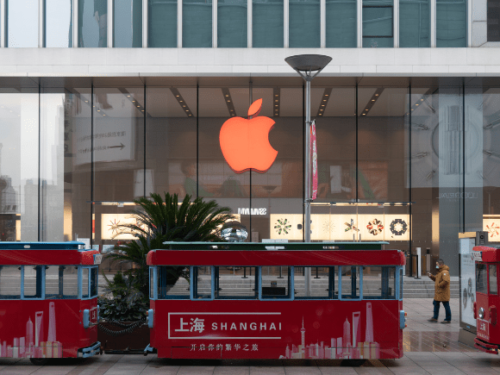 The Moral Bankruptcy of Apple

Apple is one of those enterprises that loves to signal its virtue. That doesn’t... Read more Count Me Out, Says Gavin Newsom

The presidential race is shaping up to be a rematch of 2020, with the real possi... Read more It’s Thanksgiving Day, and everyone is stuffed. The turkey has been picked clean... Read more Trump Special Prosecutor Jack Smith and His Partisan Past

One colleague refers to him as “the gold standard.” Another asserts “he will not... Read more The Continuing Saga of the Biden Family Syndicate

As the political clock in the US House of Representatives ticked to the magic nu... Read more It’s autopsy time for the elections, and Americans would be wise to seize the mo... Read more Trump and DeSantis: The Drama Builds

“Who are you for – Trump or DeSantis?” This question reverberates across the nat... Read more Fox News went big on election night in more ways than one. Its coverage was litt... Read more The other day, something strange came up in Joe Biden’s speech on democracy. It... Read more Herschel Walker and the Kitchen Sink The nation is still reeling from a shocking debate between Pennsylvania Lt. Gov.... Read more