Why Dems Are Stalling on Passing Daylight Savings

Voters want it, so why are Democrats sitting on the act?

It’s that evil time of year again, when we turn our clocks back and spend the next week trying to recover from the jetlag of another daylight savings change. While some lucky Americans don’t have to worry about adjusting time twice a year anymore, there are still plenty who are left waiting for the politicians to get off their comfy chairs and finish the law they passed back in March that would make it possible for all US citizens to avoid meddling with time. Poll studies show that most people would prefer a permanent schedule, so why is Congress dragging its feet about this?

In March, when the Sunshine Protection Act was passed – and unanimously at that – politicians remarked that it wouldn’t be top of their list. House Speaker Nancy Pelosi (D-CA) said at the time, “it’s not going to be much of an issue” for her and her peeps. And, that makes sense, considering the midterm election is just days away and fear of a red tide is looming over Democrats’ heads.

Like the analogical ostrich with its head buried in the sand, the left has been oblivious to the true wants and needs of the American people. Instead, Dems have been focusing their efforts on the Jan. 6 hearings and making abortion legal nationwide after the Supreme Court put the decision into the jurisdiction of individual states. But those are not the uppermost concerns on most people’s agendas. Things like not paying $6 a gallon for gas or $5 for a loaf of bread are more important, and under the Biden administration’s reign, inflation continues to take sizeable chunks out of wallets. The economy and national security, things the Dems have seemed to put on the back burner, are the true areas of worry.

Since the Democrats seem to be so out of touch with the people’s real concerns and desires, it’s no wonder that such a simple thing as fixing time is not high on their to-do list. A recent poll by Monmouth University concluded that 61% of Americans would rather not have to worry about turning the hands of time forward and backward twice a year, while about 35% want to keep the practice going.  Of those who wish to have a year-round time, 44% want to keep the daylight savings arrangement, which starts in March and adds an hour of sunlight to the day, compared to 13% who would rather stay with the gloomier schedule of standard time, which begins in October or November when the clocks are turned back an hour.

But the powers-that-be are still gaggling over how best to pass this unified time schedule. Supporters say, putting the nation on daylight savings will bring sunnier days with people using less energy. However, Energy and Commerce Committee Chair Frank Pallone, a Democrat, told Reuters that the House is still trying to determine how to move forward:

“We haven’t been able to find consensus in the House on this yet. There are a broad variety of opinions about whether to keep the status quo, to move to a permanent time, and if so, what time that should be.”

Benefits and Downfalls of a Set Time Supporters have several reasons for advocating for Daylight Savings, including health benefits. The Sunshine Protection Act would make it so that children can play outside later, and the extra hour of sunlight can help reduce seasonal depression. Reuters pointed out that studies suggest there is a small increase in heart attacks and strokes right after turning the clocks, so a regular schedule would likely help reduce those health risks. Advocates also claim recreational businesses, such as golf courses, could remain open longer, giving more people opportunity to get outside and be active.

Another interesting observation, this one from Auto Blog, argues that keeping America on Daylight Savings would “save 33 human lives, 2,000 injuries, and repair costs – not to mention the deer.” A study conducted by Current Biology alleges “Drivers would hit and kill 37,000 fewer deer each year if the United States stuck to daylight saving time year-round.” The study further claims that about 2.1 million vehicle crashes in the US each year involve deer, accounting also for 440 human deaths.

The Changing Reasons Behind DST 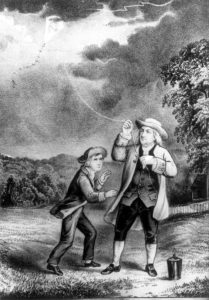 Some believe the first mention of a DST was in a paper by George Vernon Hudson in 1895. Others say Founding Father Benjamin Franklin started the debate a century earlier when he wrote an essay in The Journals of Paris where he suggested such a move would help save candles since they would be sleeping when it’s dark and not using artificial light.

In 1883, time zones were introduced to help avoid train crashes as the locomotives traveled the countryside. President Franklin Roosevelt, as Donner pointed out, “established a wartime clock that pushed timepieces forward by one hour during the Second World War. But they reverted to Standard Time once the conflict ended.”

In 1966, Daylight Savings was implemented with the Unified Time Act and is currently observed, for the most part, today. However, there have been some changes. Before 2007, DST started in April and ended in October. In the hopes of addressing America’s energy issues, in 2005, President George W. Bush changed it to begin three weeks earlier and end a week later. Did it work? Well, in 2008, the Department of Energy reported that it did save about 0.5% of daily electricity use.

But times, they are a-changing – literally. Since 2015, around 30 states have either introduced or even passed legislation to end the changing of the clocks. In 2018, Florida became the first state to enact permanent DST (once federal law permits it), and in the past five years, another 19 states have done the same. These states include Alabama, Colorado, Delaware, Georgia, Idaho, Louisiana, Maine, Minnesota, Mississippi, Montana, Ohio, South Carolina, Tennessee, Utah, Washington, and Wyoming. In California, voters have also approved the change, but all states are stalled, awaiting the federal government to implement the law. Arizona and Hawaii, however, will remain on permanent standard time should the Act pass.

Energy Chair Pallone cautioned, “We don’t want to make a hasty change and then have it reversed several years later after public opinion turns against it – which is exactly what happened in the early 1970s.”