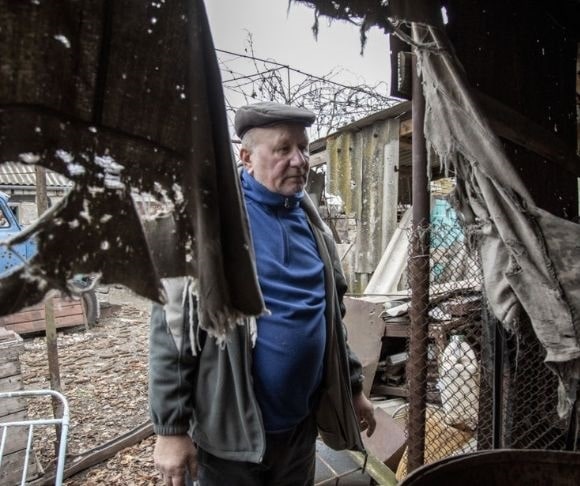 Will Russian Invasion of Ukraine End in a Negotiated Peace?

The West, Ukraine, and Russia may be motivated to stop hostilities.

Events and attitudes seem to be converging on a solution for the Ukraine conflict. Russia is suffering enormous and unsustainable casualties, and the Kyiv government’s allies are showing what some might see as cracks in solidarity. Even Ukraine’s President Zelensky said recently he was open to “genuine peace talks.” The appetite for ending the Russian invasion of Ukraine is growing, and it’s not just an Elon Musk tweet as ghostly handwriting on the wall of things to come. Although Musk’s solution – which favored Russia in several ways – generated significant hopping mad pushback and more than just a little ridicule, others indeed are looking for ways to stop the bloodshed.

Can Russia Accommodate Its Losses in Ukraine

In recent remarks at the Economics Club in New York City, Chairman of the Joint Chiefs of Staff Mark Milley estimated the number of Russian dead and wounded in its invasion of Ukraine exceeds 100,000. Even for an army as big as Moscow’s, this level of combat losses cannot continue in perpetuity. Combine the Kremlin’s combat casualties with the loss of military equipment, recent Russian naval losses, and embarrassing defeats in southern Ukraine, and Moscow’s battlefield momentum is weakening. The New York Times’ Pentagon correspondent wrote:

“General Milley’s comments came on the same day that Russia announced that it was withdrawing its besieged troops from the city of Kherson in southern Ukraine, a move widely interpreted as an acknowledgment that Ukraine has come close to penning those troops in north of the Dnipro River with dwindling means of escape.”

Additionally, recapturing Kherson could be a springboard for Ukrainian forces to make bolder moves in the region. With Putin’s forces in retreat, it would be difficult for the Kremlin’s troops to reconstitute momentum for any counterattack. According to reports, Moscow’s fighting units left most of their heavy weapons and other equipment behind to escape more quickly. “Recapturing Kherson city could provide Ukraine a strong position from which to expand its southern counteroffensive to other Russian-occupied areas, potentially including Crimea, which Moscow seized in 2014,” Hanna Arhirova and John Leicester speculated, writing in AP News. While the Russian invaders’ days in Ukraine may appear to be numbered, fighting remains fierce.

The battlefield success for Kyiv’s fighters puts Zelensky’s government in a somewhat better negotiating position should peace talks occur in the future. However, The New York Times reported, “U.S. officials say that they do not believe talks will begin soon and that both sides think continued fighting, for now, will strengthen their eventual negotiating positions.”

Advocates for Peace Negotiations Step Up

Meanwhile, there are indications of a desire to pursue some form of negotiated peace more enthusiastically. The US national security adviser, Jake Sullivan, is reported to have had confidential conversations with his counterparts in the Russian government. The public face of the discussions was presented as a lowering of the tensions that have prompted Putin to hint at the use of nuclear weapons. It’s hard to believe that finding common ground for peace negotiations would not be a subject of the conversations. Additionally, Ukraine’s president has been more public lately with his embrace of restarting cease-fire talks. The day after news accounts of the Sullivan-Russia conversations, The Wall Street Journal reported, “Ukrainian President Volodymyr Zelensky said he was open to ‘genuine peace talks’ with Russia, following pressure from Western backers to signal readiness for negotiations amid concerns about the rising costs of the eight-month war.” Zelensky has been consistent in his conditions for serious peace negotiations. He wants control of Ukraine’s lost territories returned and he demands that Russia compensate the Kyiv government for the toll of destruction wrought by Moscow’s invasion. Zelensky also wants justice meted out to those Russians suspected of war crimes.

The crisis in Ukraine has boiled down to whether the unlimited support provided by the US and European allies outlasts Moscow’s tolerance for losing tens of thousands of its soldiers. The momentum is with Ukraine. But Putin is betting against Kyiv’s winning streak. The Russian strongman believes he can wait out the West, wagering it will tire of providing billions in aid. At some point, Russians watching their sons returning home in body bags may prove to be the final straw. Then, the converging forces might drive toward a peace settlement.