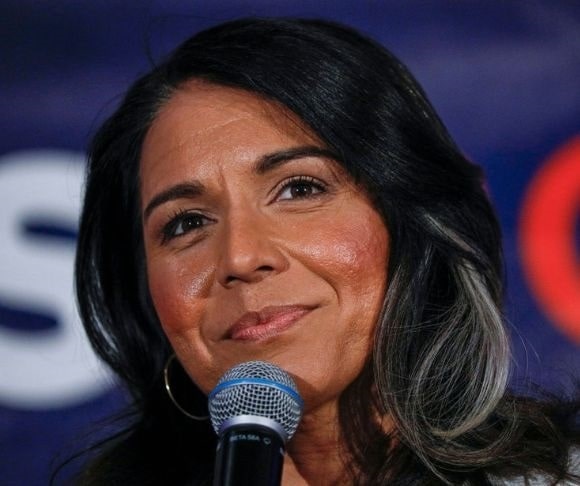 Tulsi Gabbard Torches Democrats as She Quits the Party

What will happen now that one of the last mainstream Democrats calls it quits?

File this one under the “I didn’t leave the party, the party left me” category. Former Hawaii Rep. Tulsi Gabbard announced on Oct. 11 that she is quitting what she described as an “elitist cabal,” a.k.a. the Democratic Party. Gabbard’s departure is a timely reminder of how far the Democrats have moved from the ideals and values for which they claimed to stand until as recently as the early 2000s. Tolerance, inclusivity, fairness, the well-being of working families and “the little guy,” as well as standing against corporate power and those evil rich one-percenters. That is what Democrats professed to be all about. Along with an apparently increasing number of Americans, Gabbard knows her party – or former party – has reversed its position almost entirely on each of these ideological characteristics.

Today’s Democrats have, almost to a man (and woman), grown intolerant of any opinion – and even any established fact – that contradicts their demagoguery. So much so that they now routinely brand anyone who questions them as extremist, dangerous, and even a terrorist, not to mention their old favorite, racist. Inclusivity and fairness are extended only to those they deem worthy of such treatment. The concern for ordinary families has been sacrificed to ever-expanding government. Soft-on-crime policies that extend to flagrantly ignoring federal immigration laws have further eroded both the physical and financial security of the very people Democrats pretend to champion. Working together with some of America’s largest and most influential corporations to advance a twisted social and cultural agenda, the party has aligned itself with wealthy elitists, Ivy League academics, and powerful corporate executives.

One might say that the Democratic Party has almost exactly assumed the mantle it always insisted belonged to its Republican opponents.

Explaining her decision on the first episode of The Tulsi Gabbard Show, published on YouTube, the former congresswoman managed to effectively describe the current state of the party she is ditching in a way that even many Republican politicians are still unwilling or unable to do. Hitting the notes that any modern conservative would appreciate, Gabbard began by saying, “I love our country. Our God-given rights of freedom, life, and liberty that are enshrined in our Constitution and Bill of Rights are what inspires me.” Expanding upon her conclusion that today’s Democratic Party had moved away from the values that attracted her in the first place – and toward the agenda that has now alienated her – Gabbard continued:

“I can no longer remain in today’s Democratic Party. It’s now under the complete control of an elitist cabal of warmongers driven by cowardly wokeness, who divide us by racializing every issue and stoking anti-white racism – who actively work to undermine our God-given freedoms enshrined in our Constitution, and who are hostile to people of faith and spirituality, who demonize the police, who protect criminals at the expense of law-abiding Americans, who believe in open borders, who weaponize the national security state to go after their political opponents and, above all, who are dragging us ever closer to nuclear war.” Tulsi Gabbard has not joined the Republican Party – though what are the chances she hasn’t already received a phone call or two from top GOPers? With less than three weeks until the midterm elections, the former representative certainly stuck it to Democrats at an opportune time – or inopportune, depending on one’s point of view.

Though already retired from Congress, Gabbard represented perhaps the last vestiges of a more reasonable, rational, and truly liberal party that began its long shift toward the extreme end of left-wing politics a few decades ago. That shift accelerated during Barack Obama’s presidency and went into overdrive with the ascension of former Republican President Donald Trump. Under Joe Biden, the party appears to have submitted completely to the progressive fringe – so much so that voices of moderation such as that of Gabbard are not only no longer accepted but also openly scorned. Perhaps her announcement symbolically seals the Democratic Party’s transformation from an alleged people’s party to an unabashed statist machine, intent upon acquiring permanent control, no matter the cost to the nation.