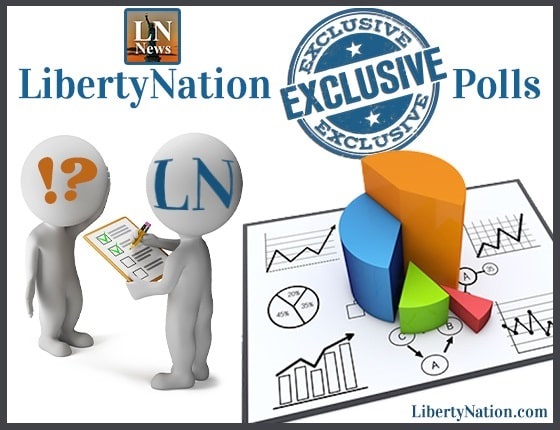 We asked and you answered: This week’s poll results are in. Are Trump’s endorsements golden? Will the proposed gun bill pass the Senate? And what, if any, affect is the Jan. 6 Committee hearings having on the 2022 primaries? Liberty Nation readers have weighed in with their opinions.

How valuable is a Trump endorsement in midterm primaries?

Last month, we asked a similar question. It’s interesting to see how opinions have changed in just 30 days. More than half of pollsters from this week think Donald Trump’s endorsements will give a big boost to the candidates he favors, but the previous poll had 76% believing his opinion will sway voters. Also, nearly a quarter of the results from this week agree Mr. Trump’s endorsement value will depend upon the race, while only 3% felt that way in May.

So far, Former President Trump has been spot on with his track record in the GOP primaries, as 119 of his chosen candidates have won compared to just eight who have lost. This gives him a 94% success rate. Even more amazing, at least to some Democrats, is how well his candidates are doing even after the January 6 committee hearings. Only one of his 13 endorsements lost since the hearings began.

More recently, South Carolina Representatives Nancy Mace and Tom Rice had to go up against Trump-supported candidates. Mace and Rice blamed Trump for the Capitol riots and Rice even voted to impeach the former commander-in-chief. While Mace was able to defeat Katie Arrington, Rice only received about a quarter of the votes and was defeated by Rep. Russell Fry.

“Same thing’s going to happen in Wyoming to Virginia ‘resident’ Liz Cheney, that happened in South Carolina to Congressman ‘Impeach Master’ Tom Rice, who lost as an incumbent by 28 points!”

With ten Republicans and ten Democrats coming to agreement on a gun proposal, will the eventual bill pass the Senate?

In last week’s poll on this topic, most of our readers believed that at least ten GOP senators would side with the Democrats on a new gun control bill. This week, we wanted to know if you think the bill will pass the Senate. Only 15% seem to think this will happen, but most of our poll takers believe it won’t clear the Senate if there aren’t some changes.

Sen. John Cornyn (R-TX) has been at the forefront of trying to reach a bipartisan agreement, which includes federal laws on gun storage requirements, banning high-capacity ammunition magazines, and an enhanced background check process for rifle buyers under 21, if not a higher minimum age altogether.

However, Second Amendment advocates warn that by caving just a little, we will be giving the Democrats that extra inch they need to push their agenda the next mile – and beyond. Tyler Yzaguirre, president of the Second Amendment Institute, warned that if lawmakers approve the proposed gun control law, “they’ll be like: Well, we already have this in place, so an inch further is not going to hurt. This is a very slippery slope.”

The Gun Owners of America takes the “no compromise” stance and said this is a “do-or-die moment” and that the people were “being sold out and exploited” by the Senate Republicans who are in favor of the bill. The organization’s federal affairs director, Aidan Johnson, warned, “We will be making sure that both American gun owners and members of Congress know what they’re voting on, we will try to stop it, and should the worst happen, we will hold them accountable in November.”

Will the January 6 Committee hearings impact the 2022 vote?

LN’s Caroline Adana has been covering the Jan. 6 Committee Hearings, and as Adana explained:

“Around 20 million people tuned in to the first day of the House Select Committee on January 6 hearing. However, after day two, there is little evidence the events have moved the needle on public opinion.”

Even after Tuesday’s (June 14) hearing, all but one of Trump’s endorsements won their races. Most of our poll takers agree that this “witch hunt” isn’t going to have the desired impact the Dems hoped to achieve. President Joe Biden’s approval numbers keep slipping, and more people are concerned about inflation and the cost of living than the political theatrics and name-blaming going on at Capitol Hill.