If descendants of slaves are owed reparations, then every race will receive money.

It is an uncomfortable truth for all mankind to realize that slavery was an accepted and unquestioned institution for thousands of years. Yet, it is even more unbearable for the anointed to understand that enslavement was not just concentrated in white America, or that blacks were not the only victims of this tragic practice. Unfortunately, up until the Age of Enlightenment, when the practice was being phased out everywhere, virtually every race, ethnicity, and creed had been enslaved throughout history.

In an election year, the Democratic Party is seriously pontificating on the idea of introducing a reparations program for descendants of slaves. Akin to every facet of their 2020 platform, the Democrats are short on details.

How Harris, Warren, and Castro would initiate an ambitious and historic program remains unclear. Castro, for instance, recently mused on cable news that it might come in the form of monetary payments or social policies, such as child care and education, for disadvantaged youth. Marianne Wilson, author and spiritual adviser to Oprah Winfrey, wants to allocate up to $500 billion to slavery descendants over two decades.

Whatever asinine policy prescription is assigned, it’s clear that if you are the black offspring of forced laborers, then you are entitled to someone else’s money. It doesn’t matter if you were not alive at the time, or if you have zero connection to this dark chapter of U.S. history.

You can’t blame the Democrats for endorsing this policy, and you can’t fault voters for backing candidates who support reparations. The left is desperate to oust President Donald Trump, and a swath of the electorate wants something for nothing under the guise of being discriminated against. It’s quid-pro-quo.

The two most famous civil rights icons were in favor of reparations.

Prior to his death, Martin Luther King Jr. presented the case for reparations, famously telling a congregation that “we are coming to Washington to get our check.”

So, how much would reparations cost? The approximations and proposals do vary.

In 1993, a detailed study was conducted by Harper’s Magazine, which estimated the total price-tag for this supposed racial panacea was approximately $97 trillion. This figure was calculated on “222,505,049 hours of forced labor between 1619 and 1865, compounded at 6% interest.” Last year, the journal Social Science Quarterly published a report that concluded it would cost as much as $14.2 trillion, based on hours worked, average wages, and a compounding rate of 3% per year between 1776 and 1865.

Howshua Amariel, a Chicago social activist, made a list of demands at the inaugural National Reparations Convention in 2001:

“For those blacks who wish to remain in America, they should receive reparations in the form of free education, free medical, free legal and free financial aid for 50 years with no taxes levied.

For those desiring to leave America, every black person would receive a million dollars or more, backed by gold, in reparation.”

It is evident that these appeals and numbers are arbitrary, and nobody will ever agree on the final method or sum. We do know two things: An official apology is not enough, something that the U.S. government and corporations have done over the years, and it will cost an indebted and overtaxed nation plenty.

What is the most valuable currency in the world right now? We tend to point to the U.S. dollar, the British pound sterling, the Swiss franc, or the Singapore dollar as examples of valuable forms of fiat money. But there is another currency that can make you wealthy, absolve you from any personal responsibility, or allow you to become an authority on any given subject. You can own the printing press to these notes as long as you can claim to be a victim of past and present injustices.

Is this money subjected to the principles of currency? Let’s look at the fundamentals of money:

Under leftist and intersectional dogma, if you are a woman, a minority, a Muslim, or an LGBTQQIAAP member, then you are automatically a victim. It doesn’t matter the content of your character or the choices you have made in life. As long as you fall into one of these categories, then you can grab your sacks of victimhood cash and exchange it for some progressive cause du jour. 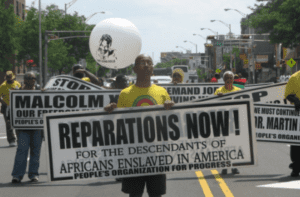 This isn’t a new concept, but it has gained significant momentum over the last decade when the public learned that the bigger victim you are, the more you can enrich yourself in the form of remuneration, media attention, or free stuff from the government – the biggest purchasing power there is in today’s environment. You can even justify your heinous acts by proclaiming to be a victim of the patriarchy or the white man.

Victimhood currency eventually falls prey to basic economics. The greater the supply of victims, the less valuable they become. At first, it started from being black. Then it morphed into being a woman. Then it metastasized into anything, which could include physically disabled or mentally handicapped, Hispanic or Native American, and transgendered or transspecies – as long as you’re not a straight white male. This devalues the currency, which eventually leads to counterfeiting. We saw this in the case of Jussie Smollett, who is alleged to have faked a hate crime to become a victim.

Logistics and the Budget

The only thing the government does well is taking and spending your money. In every other area, it fails. From waste to fraud, the Leviathan can’t do anything right. The state still allows dead people to vote, yet we are to expect the government to hand out trillions of dollars to real descendants of slaves.

Reparations have an abundance of logistical problems:

The U.S. couldn’t even afford this progressive feel-good policy if it wanted to. The national debt has topped $22 trillion, unfunded liabilities and expenditures total $200 trillion, and interest payments will soon reach $1 trillion. By adding trillions more to the public purse, in addition to the other trillions proposed by the 2020 Democratic field, the U.S. turns into a fiscal wasteland.

In 2016, the United Nations’ Working Group of Experts on People of African Descent stated that the history of U.S. slavery justifies damages for African Americans. Should the U.S. government heed the advice of this global body, then it opens Pandora’s box.

First, if descendants of coerced servants are to be compensated, then all people could demand money, from the Chinese to the Brazilians to the Jews. Even the white population can claim they are owed something from the past. During the Barbary slave trade, the number of whites who were enslaved in North Africa by the Barbary pirates was higher than the population of blacks enslaved in the U.S. Should white people travel to North Africa and demand recompenses?

Second, why is slavery the only wretched act that validates restitution? Why not anyone who has been mistreated by the government or society?

When the Irish peasants arrived in America in the 1840s, they were worse off than slaves and freed slaves. Last year, The Wall Street Journal compared these peasants with slaves, and the contrast was eye-opening. For instance, slave-owners were incentivized to keep their slaves alive during ocean voyages, especially with demand outstripping supply. However, one-fifth of Irish emigrants died on their way to the U.S. from fatal diseases, or if they did survive, then they slept on three-by-six-feet shelves and endured an atrocious stench. At home, the Irish slept on stacks of hay, “took jobs … considered too hazardous even for slaves,” and relied on soup kitchens for their meals. Eventually, anti-Irish sentiment started to build, leading to shopkeepers posting “No Irish need apply.” Even when they were able to compete for jobs, American workers were hostile, going as far as physically assaulting them.

Since 32.7 million, or 10.2%, of the U.S. population claimed Irish ancestry in 2015, would these people get free money because their ancestors suffered?

Who Had It Worse?

In the end, if reparations became the law of the land, then you’re going to witness an astronomical wealth transfer. What’s more, if you’re going to be intellectually consistent, it’s going to be transferred back and forth because, once again, everyone has some sort of connection to slavery in the past, and they will demand money for injustices of centuries ago.

Proponents contend that this is the only way to produce equality. Is this poppycock? Legendary economist Milton Friedman said it best. “The society that puts equality before freedom will end up with neither. The society that puts freedom before equality will end up with a great measure of both.” Collective culpability will not correct yesterday’s faults; only maintaining today’s system where everyone is equal and has the same liberties will ensure history doesn’t repeat itself.

The reparations proposal is just an extension of identity politics. By engaging in it, you regularly need to propose the question: Who had it worse? The answer to that is simple: Everyone had it bad for much of human history.