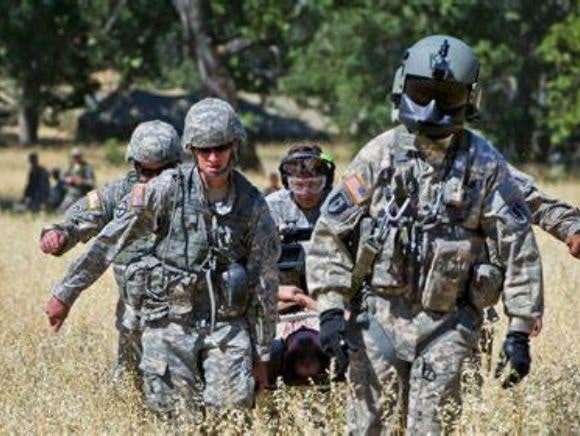 CRT isn’t the moral or intellectual equivalent to democracy – and it isn’t the training America's troops need.

Advocacy for Critical Race Theory (CRT) teaching at the U.S. military academies, military service schools, and at the unit level seems to be a full-time pursuit for Defense Department leadership. The CRT proselytizers present their case in what on the surface appears to be a measured and reasonable manner. However, on closer examination, the argument favoring teaching CRT to U.S. Armed Forces could have dire consequences for military success. Despite what people say, the concept that society consists of only two groups, oppressors and the oppressed, will likely turn soldier against soldier, airman against airman, and sailor against sailor.

The rush to indoctrinate military members through the various education programs results from institutionalizing the very extremist, divisive, non-inclusive atmosphere that the Pentagon’s top leadership has vowed to eliminate. Pentagon leaders at the highest level portray the teaching of the theory as comparable to learning about socialism or communism or capitalism – or democracy. Whether intentional or not, there is a subtle theme establishing a moral and philosophical equivalence among the ideas.

Take, for example, the recent testimony of General Mark Milley, chairman of the joint chiefs of staff, before the House Armed Services Committee, where he famously said:

“First of all, on the issue of critical race theory, et cetera, I’ll obviously have to get much smarter on whatever the theory is, but I do think it’s important actually for those of us in uniform to be open-minded and be widely read … I’ve read Mao Zedong. I’ve read Karl Marx. I’ve read Lenin. That doesn’t make me a communist. So, what is wrong with understanding, having some situational understanding about the country for which we are here to defend?”

And then, as The Guardian’s Sarah Betancourt described it:

“He said reading about political theories and fostering open discussion could lead to understanding the more recent violent events in the U.S. and creating an environment of anti-extremism in the military. ‘I want to understand white rage – and I’m white,’ Milley told the committee. He said he wanted to know and analyze what cause[d] thousands of people to storm the U.S. Capitol during the 6 January insurrection, and ‘try to overturn the constitution of the United States of America.'”

Whether General Milley realized it or not, he became the poster child for the consequences of CRT. Notice he went right to “white rage” as a problem and then conflated white rage with motivation for the violence on January 6. As an aside and note of interest, one of the violent protestors exhibiting the “white rage” Milley spoke about was Emanuel Jackson, a black man arrested for assaulting a Capitol Hill police officer with a baseball bat while attempting to enter the Capitol Building, as reported by Newsweek’s Ewan Palmer. There was no mention of Antifa rage that has been destructive in places like Portland, OR, and Kenosha, WI. Instead, he separated – divided if you will – whites from all others; precisely the Critical Race Theory playbook approach.

In a prominent Washington, D.C. newspaper, U.S. Air Force Academy associate professor of political science Lynne Chandler Garcia lauded Milley’s testimony, explaining that “it is not unpatriotic to understand a fuller version of American history, nor does it promote division among our military members.” And what is that “fuller version” of U.S. history? Garcia tells us that “the United States was founded on a duality: Liberalism and equal rights on the one hand; inequality, inegalitarianism and second-class citizenship on the other.”

The idea of “duality” gives equal weight to both sides of the Founding Fathers’ intent. That is historically not true. If it were, there would have been no constitutional opportunity or authority for social remedies. Nonetheless, Garcia’s narrative establishes the schism. The professor is correct about inegalitarianism. However, the Founding Fathers did not make the mistake France did in establishing “Egalité” as a national rallying cry. Rather, the U.S. Constitution was created to provide the mechanism to establish a free country, “secure the blessings of liberty to ourselves and our posterity,” and for remedying future wrongs. Consequently, the Constitution provided for the 13th, 14th, 15th, and 19th amendments to address slavery, voting rights, and citizenship for former slaves and giving women the right to vote. General Milley may see CRT as simply another political philosophy worthy of understanding. However, that is not what the creators of the race theory had in mind. Liberty Nation’s article “What Is Critical Race Theory?” explained that one of the goals of CRT is to fix Marxism. Karl Marx took on capitalism as an economic evil, whereas “race theory” goes about the destruction of capitalism and, by extension, American democracy by attacking cultural and social mores. Additionally, CRT is a “how-to” instruction, not a philosophical or ideological construct. The analogy might be, hypothetically, that Marx, Lenin, and Mao espouse the idea that stealing is not a good thing to do. CRT, by contrast, is an instruction manual on how to rob banks. And, apparently, that’s acceptable and promoted by the Defense Department leaders.

If this seems implausible, Liberty Nation’s Jeff Charles explained in his article, “Whistleblowers Expose Attempts To Wokify The Military,” that it is not only plausible but indeed happening at military bases around the U.S. To underscore the divisive nature of these lessons, Congressman Dan Crenshaw (R-TX) established a “Whistleblower Hot Line” for military members to pass on their experiences with CRT training. One respondent to the hotline gave this disturbing account of the course curriculum: “This was explicitly targeted toward white students and particularly white males. It was an assumption in the class that white people were racist and white males were racists and sexist.”

This approach to “inclusion” is likely to have the opposite effect – a situation where teamwork, unit cohesion, and improved warfighting capability critical to meet and defeat the enemy will never prove successful. Unless, of course, the goal was never to produce an effective military force in the beginning. That thinking would undoubtedly have appeal for the Communist Chinese.