Has AG Garland been playing word games with Congress?

WASHINGTON, DC - OCTOBER 27: U.S. Attorney General Merrick Garland is sworn in before a Senate Judiciary Committee hearing on October 27, 2021 in Washington, DC. The Justice Department will prioritize redlining investigations with Garland pledging the crackdown on discriminatory lending would be unprecedented in its aggressiveness. (Photo by Tom Brenner-Pool/Getty Images)

Remember those “rumors” that parents who dared demand critical race theory (CRT) not be taught to their children were being labeled domestic terrorists by the government? Attorney General Merrick Garland told Congress last month he couldn’t imagine it. According to a Department of Justice whistleblower, however, a department memo – dated just one day before Garland’s sworn testimony – directed the FBI’s counterterrorism division to create “threat tags” for protesting parents. Could it be that the AG’s testimony was anything less than entirely true?

Republicans on the House Judiciary Committee released an email, dated October 20, 2021, directing the FBI’s Criminal Investigation and Counterterrorism divisions to create a “threat tag” to help track allegedly menacing statements made against teachers and school administrators by angry parents. Judiciary Republicans tweeted an open letter to AG Garland, stating that they believe he either “willfully misled the Committee” or that his testimony was, at best, incomplete. He is invited by the post to amend his testimony about “the Department’s use of federal counterterrorism tools to target concerned parents at school board meetings.

There are few things most government officials – elected or otherwise – excel at more than twisting words around to suit any situation. As Liberty Nation’s Graham J. Noble wrote just days after Garland’s questionable testimony: “Has the U.S. Department of Justice ever not been politicized to one extent or another? The answer is almost certainly no. That does not make it right, of course.”

For those playing catch-up, here’s the short version: Thanks in large part to the COVID-19 shutdowns and the virtual classes that ensued, parents got a peak behind the curtain at just what their children are being taught. Many felt that critical race theory had no place in the classroom and voiced that opinion at school board meetings. Yes, sometimes it got heated – though there weren’t any recorded incidents of actual violence toward school officials. Still, Attorney General Merrick Garland seemed to think it was wise to involve the FBI in monitoring these meetings – just in case. 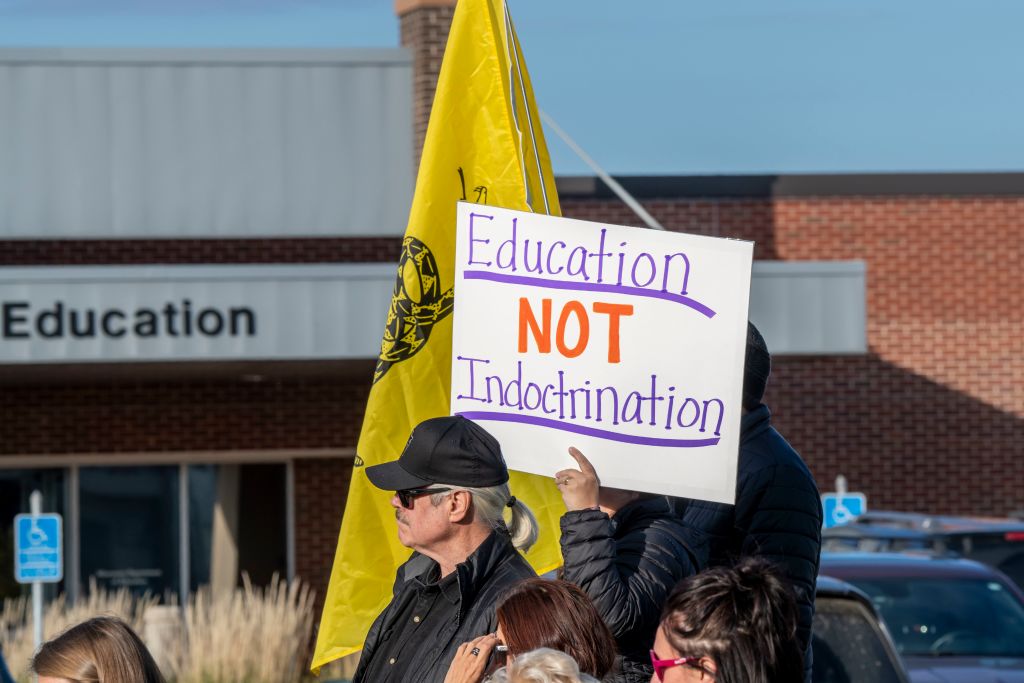 When called upon to explain to congress why the Department of Justice appeared to be using the FBI to intimidate parents into keeping their objections to themselves, AG Garland hemmed and hawed around the subject. “I want to be clear,” he told the Judiciary Committee, “the Justice Department supports and defends the First Amendment right of parents to complain a vociferously as they wish about the education of their children – about the curriculum taught in the schools.” He went on to say that he can’t imagine a situation in which the actions of angry parents would be labeled domestic terrorism.

So where did committee members get such an idea? Why, from Garland’s own October 4 memorandum, involving the DOJ in school board disputes. This came just days after the National School Boards Association (NSBA) sent a letter to the White House comparing parental protests to “domestic terrorism and hate crimes.”

And the Word Games Continue

Now we have a new player – the alleged whistleblower who revealed the threat tags. And the word games continue: “A tag is merely a statistical tool to track information for review and reporting,” a spokesperson for the FBI told the Daily Caller. “The creation of a threat tag in no way changes the long-standing requirements for opening an investigation, nor does it represent a shift in how the FBI prioritizes threats. The FBI has used tags to track everything from drug trafficking to human trafficking.”

Oh boy, that last line gives it all away, doesn’t it? Sure, our counterterrorism and criminal investigation divisions are using this common counterterrorism tool to track parental statements regarding school boards, but don’t worry – it’s just a statistical tool. Just because we are tagging these statements doesn’t mean we consider them to be criminal. After all, we use these tags to track drug smuggling and human trafficking – nothing wrong there, right?

No official word yet as to whether AG Garland would like to amend his testimony in light of these revelations, but I wouldn’t hold my breath.