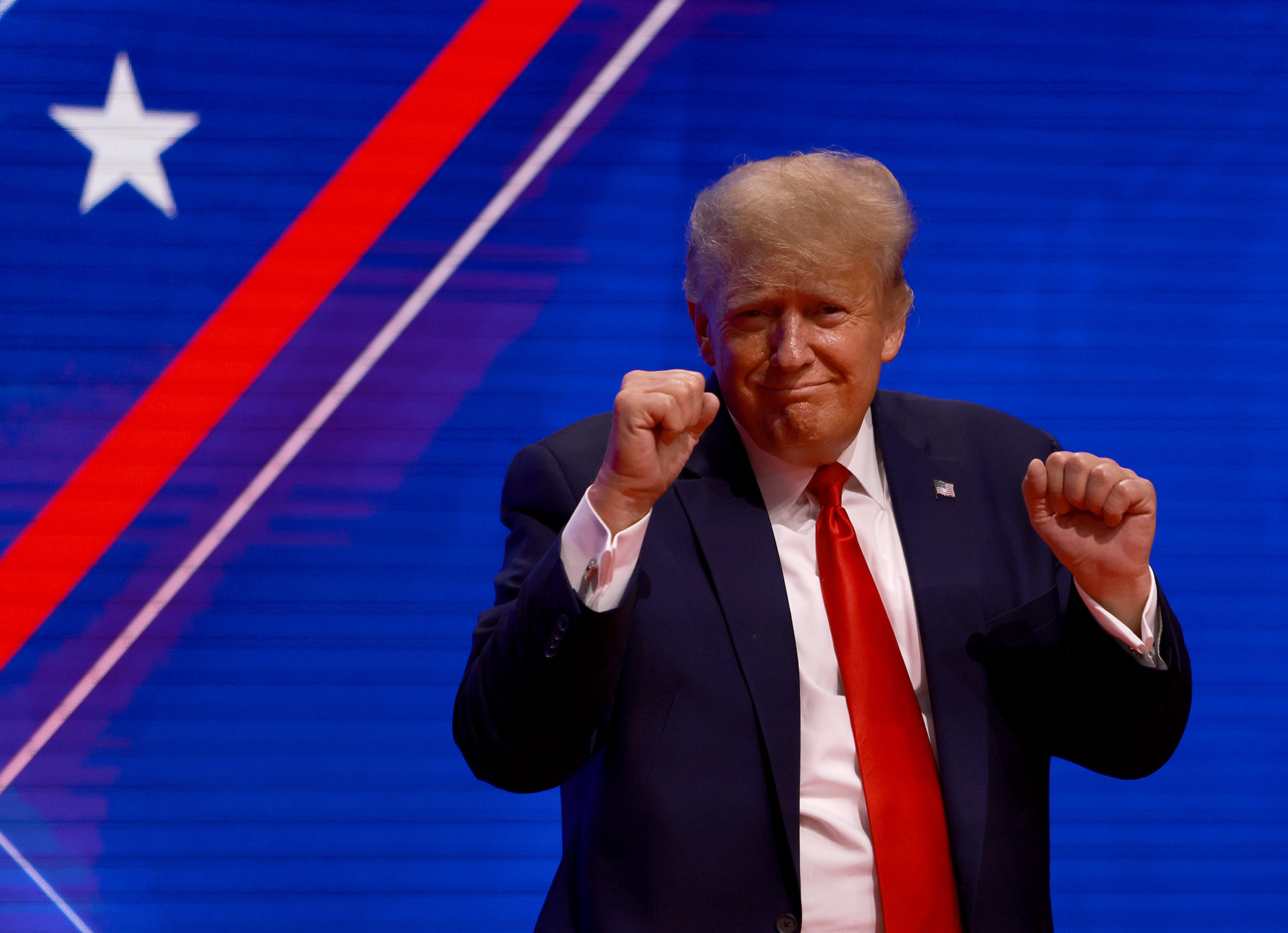 It’s All About Trump All the Time, Dying Media Gasps

There are reasons they can't let him go – and one of them is survival.

Observing that the establishment media is obsessed with former President Donald Trump is hardly a new, surprising, or profound statement. It’s all about Trump all the time – still. That obsession is painfully – perhaps laughably – evident with each day that passes, even though Mr. Trump departed the White House more than 13 months ago. From the perspective of the anti-Trump press, though, there are two very good reasons for keeping the 45th president front and center. And every so often, one of the said news outlets will beclown itself with a fantastical attempt to link Mr. Trump to some almost entirely unrelated event. Such was the case with a CNN story about the recent Texas primary elections.

Even as America moves into the year 2 A.T. (After Trump), journalists loyal to the Democratic Party still insist on portraying every election – whether it be at the federal or state level – as a referendum on the previous president; a gauge, one might say, of how far and how fast the Republican Party and conservative voters are moving away from Trumpism. The former president has become known as a prolific endorser of candidates. If Trump’s favored contender wins a primary or an election, little is said. But if one of those Trump-endorsed candidates loses, then it is, we are told, a sign that the American right is over its love affair with the evil orange man.

Back to the March 2 CNN article about the Texas primaries, which really was quite an amusing read. The author of this masterpiece of political analysis, none other than CNN Editor-at-large Chris Cillizza, managed to paint himself into a corner in just 13 short paragraphs.

Texas Attorney General Ken Paxton, who had been endorsed by the Donald, failed to cross the 50% threshold he needed to defeat his three primary challengers. Thus. Paxton now faces a runoff against the second-placed George P. Bush, son of Jeb Bush – the former governor of Florida, former Republican presidential candidate, and the least charismatic of all political establishment darlings.

And Your Point Is?

The euphoric CNN headline reads, “Score one for the Bush family over Trump,” and Cillizza breathlessly echoes this theme in his first paragraph, describing the outcome of the primary as “a victory for the Bush family in their long-running feud with former President Donald Trump.”

Cillizza goes on to recount the animus the Bush clan held for 45, noting that neither former President George W. Bush nor his brother, Jeb, voted for Trump in 2016. But after that, the CNN editor’s premise begins to fall apart. With about 96% of primary votes counted, Paxton was at 43% – well ahead of Bush, who was at only 23%. Not exactly the political beatdown CNN’s in-your-face headline had promised. In fact, quite the opposite. One would venture to suggest Paxton’s runoff victory is all but certain.

The unraveling of CNN’s narrative continued apace. Despite Trump’s endorsement of Paxton – and despite Jeb’s and George W’s dislike of Mr. Trump – George P. is something of a fan of the former president. As Cillizza himself goes on to admit, the younger Bush even used a photograph of himself with Trump as leverage in his own campaign for attorney general of Texas. As the primary race kicked off, Bush posted the picture on Twitter, saying, “Great to speak with President Trump to discuss the future of Texas and how we are keeping up the fight to put America first. I appreciate the words of encouragement and support.”

So, no, this wasn’t a grudge match between Trump and one of the Bush family – and the candidate who got Trump’s endorsement will likely win the runoff. And Cillizza? Well, he finally had to admit that what he wrote was, basically, nonsense. “So, like I said,” he concludes, “it’s not totally clear-cut that Paxton’s failure to avoid a runoff is purely a referendum on the Bush family vs. Trump dynamic.” And that’s really just an elaborate way of saying, never mind – I appear to have gotten this totally wrong.

As a result of several sexual misconduct scandals and an obvious shift from legitimate news network to Democratic Party propaganda apparatus, CNN’s ratings are crashing even faster than Joe Biden’s job approval numbers. Obsessing over Donald Trump on an almost hourly basis may be the only thing keeping the network afloat – and it’s a whole lot easier than trying to put a positive spin on Biden’s performance.

But the other reason CNN, MSNBC, and other left-leaning news organizations are desperate to keep Trump in focus is because of their fear of the enormous loyalty he still commands, both within the Republican Party and on the streets of red-state cities and towns across the country. As disillusion with Biden grows – even in blue states – perhaps left-wing journalists are trying to keep alive their own fictitious creation: the menace of Trump and the destruction he will cause, should he return to the White House. But for all those efforts, the approaching midterm elections will not be a referendum on Donald Trump. They will be a referendum on Mr. Biden, his party, and his policies.