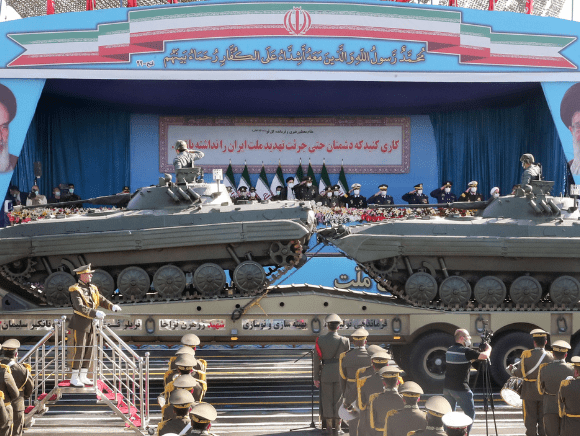 Iran – Menace of the Middle East

In the last several months Tehran has shown itself to be a geopolitical blight on the world stage.

What are Iran’s intentions, these days? If the Tehran government wants the world to see it as the single most significant menace in the Middle East, the ruling mullahs are succeeding. Recently Iran has stepped up its activities against the interest of the West and its neighbors. From supplying Russia with suicide drones and other military equipment for Ukraine to attacking civilian cargo ships in the Arabian Gulf, the Tehran regime is behaving like the pariah most of the Gulf region recognizes it to be.

On Nov. 22, US Naval Forces Central Command, based in Manama, Bahrain, confirmed that the Nov. 15 attack on a Liberian-flagged vessel off the coast of Oman was the work of an Iranian drone. “The Iranian attack on a commercial tanker transiting international waters was deliberate, flagrant, and dangerous, endangering the lives of the ship’s crew and destabilizing maritime security in the Middle East,” Vice Adm. Brad Cooper, commander of US Naval Forces Central Command, stated. The Iranian Shahed-136 Unmanned Aerial Vehicle (UAV) hit the ocean vessel Pacific Zircon with a heavy explosive charge, ripping a 30-inch-wide gash in its side. The UAV is the same type Iran has been supplying to the Russians for its war on Ukraine. The attack “[A]ppears to be part of the long-running shadow war between Israel and its archenemy Iran that has included the targeting of Israeli-linked ships in strategic Mideast waterways,” the Associated Press reported. A similar airstrike by a UAV took place in August of 2021.

World Cup 2022 Not Immune from Iran

More recently, Israeli intelligence sources reported that Iran could sponsor a terrorist attack on the World Cup games in Doha, Qatar. Tehran desperately wants the world’s attention diverted from its brutal response to protests over the killing, by the Iranian morality police, of Mahsa Amini, a young woman whose only crime was not wearing appropriate clothing. Since the September murder of Amini, civil unrest in cities throughout Iran are “[B]eing called the biggest challenge to Iran’s clerical leaders since the 1979 revolution,” Fox News reports. So what’s stopping the Tehran leadership from inciting a terrorist attack during one of the world’s most important sporting events? It’s not because previous behavior would be inconsistent with such an act. “Iran is considering disrupting the World Cup 2022 in Qatar,” Major General Aharon Haliva of Israeli Defense Forces Intelligence told a National Security Studies conference in Tel Aviv. “However, the only thing preventing them – what will be the Qatari reaction?” In another example of Iranian misbehavior in the region, it wasn’t so long ago that the Middle East menace attempted to steal US Navy seagoing drones. “Iran has dispatched its navy ships to harass vehicles in the Arabian Gulf and surrounding waters,” Liberty Nation reported. “On Aug. 30, an Iranian commercial ship operated by Tehran’s Islamic Revolutionary Guard Corps Navy (IRGCN) tried to take in tow a US Navy Saildrone Explorer, a Maritime Autonomous Vehicle.” The brazen attempts by the IRGCN to capture a US Navy vessel demonstrate the boldness with which the Tehran government operates. The ruling mullahs demonstrate this level of chutzpah because they can. Tehran’s naval forces don’t seem to fear the US or any other regional military.

Iran’s international hubris is in evidence on the global stage, too. It has been using civilian commercial airliners to deliver arms and military equipment to Russia since the Kremlin’s military forces entered Ukraine. There is speculation among analysts that Iran’s shipments, using older 747 aircraft, “might include the first delivery of SRBMs [Short-Range Ballistic Missiles], which could mark another significant escalation in that brutal war,” Paul Iddon wrote in Forbes.

The Whack-a-Mole approach to foreign policy the Biden administration applies leaves it open to criticism for “not minding the store.” With its bellicose adventurism, Iran will continue to act up, creating a significant danger to Israel, the West, and the Gulf States. The US is among the very few countries able to exert real influence with military and economic sanctions capability and the White House has a decision to make: Which is more important – establishing a secure Middle East or mollifying the regional menace by chasing an elusive nuclear agreement?