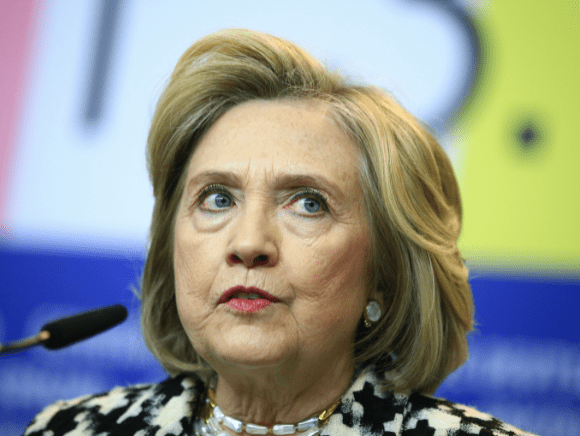 Could anyone imagine we would even be considering the possibility of another Hillary Clinton presidential run? Probably not but, then again, who could have predicted that a man who has spent less than a year in the White House would already be practically written off for a second term? Yet, that is the current thinking among a great many political observers. With Kamala Harris polling worse than Joe Biden, if that’s possible, and no promising prospects on the horizon, could the Democrats become desperate enough to turn to Clinton in 2024 – with the prospect of a rematch against Donald Trump?

The reasonable answer is two-fold: probably not and it is far too early to be making presidential picks, three years out from the next general election. Still, there have been whispers – and Clinton has made it known that, despite her 2016 humiliation, she intends to remain active in politics. Sure, she said not too long ago that she is “not running for anything” but almost all career politicians have one thing in common; whatever they said a few months ago is probably the opposite of what they will be saying a couple of months or a year hence.

There are indicators that another bid by Clinton is not totally off the table – apart from the obvious one; that Hillary has never been able to let go of her defeat five years ago. As much as Democrats vent their frustration at former President Donald Trump’s unwillingness to cease and desist from claiming the last election was rigged, they ignore the fact that Clinton is still churning out excuses for why she lost in ’16 – and the underlying message, of course, is that Trump stole the election from her.

In early December, Clinton did something that might be considered both remarkable and puzzling. In a recording for MasterClass – a new online project featuring talks by people who have reached the pinnacle of their respective fields – the former first lady, senator, and secretary of state read the speech she had prepared for when she was declared the winner of the 2016 election. Since then, she has warned that another presidential term for Trump, who many including Clinton herself expect to run in 2024, would have dire consequences for the nation:

“I think that could be the end of our democracy. Not to be too pointed about it, but I want people to understand that this could be a make-or-break point. If he or someone of his ilk were once again to be elected president, especially if he had a Congress that would do his bidding, you will not recognize our country.”

Irony aside, considering Clinton’s party has managed to change America almost beyond recognition in less than 12 months, it is worth noting that a lot of people claim to have been inspired to run for office in order to save the country even if they previously would not have considered it. In truth, Trump himself did so. Despite Clinton’s earlier assertion that she’s not running for office again, what person in her position could possibly sit by and watch a political foe bring about an end to “our democracy”? Back to the Future?

An interesting situation arises here. If Trump were to officially throw his MAGA hat into the ring, would Hillary find herself compelled to do likewise? Conversely, if she decided to take the plunge, would that be all the incentive Trump needs to descend the famous escalator once again?

It is hard to imagine, should the two 2016 contenders find themselves in a second battle for the White House, that the outcome would not be the same. Trump has a record of achievement to run on, this time around, while Clinton would not go a day without hearing about her infamous “basket of deplorables” speech – a moment that, arguably, killed her chance of victory. Not only that but she would be running on the heels of what might just be the most disastrous four years of any presidency, courtesy of her own party.

It is entirely possible, of course, that – for better or worse – the country has moved on and neither Clinton nor Trump will be on the tickets in 2024. The world has turned upside down since 2016, though, so the prospect should not be lightly cast aside. More than anything, the very idea of a Trump-Clinton rematch is still exquisitely entertaining.