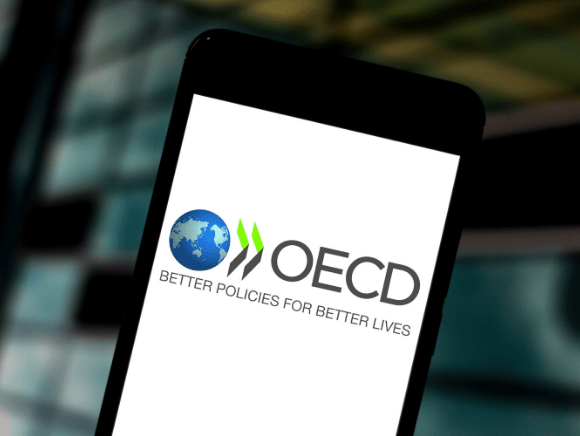 Russia bails out Europe, Shiba Inu – and a war on corporations?

Have the globalists declared victory? Have corporations learned their lesson that the state only looks out for revenues and not their best interests? Will the global economy shift into permanent prosperity? These questions will be answered in the months and years to come after the Organization for Economic Cooperation and Development (OECD) established a uniform corporate tax rate.

The Globalists Come for Corporations

In a landmark agreement involving 136 countries, the OECD announced that it had reached a deal that would introduce a global minimum corporate tax rate of 15%. According to provisions of the pact, the levy on corporations will not be increased at a later date and it will not be imposed on small businesses.

“The landmark deal, agreed by 136 countries and jurisdictions representing more than 90% of global GDP, will also reallocate more than USD 125 billion of profits from around 100 of the world’s largest and most profitable MNEs to countries worldwide, ensuring that these firms pay a fair share of tax wherever they operate and generate profits,” the OECD said in a statement.

Hungary and Ireland, two of the six holdouts, finally caved and signed off on the plan that is anticipated to go into effect in 2023. Until then, countries will still tackle several outstanding problems, but world leaders are pleased. Treasury Secretary Janet Yellen called the arrangement “a once-in-a-generation accomplishment for economic diplomacy,” adding that the international community chose “to end the race to the bottom on corporate taxation.” She noted:

“International tax policymaking is a complex issue, but the arcane language of today’s agreement belies how simple and sweeping the stakes are: When this deal is enacted, Americans will find the global economy a much easier place to land a job, earn a living, or scale a business.”

Despite what White House Press Secretary Jen Psaki believes, this will not achieve much economic growth since consumers pay for corporate taxes as these targeted companies pass the costs onto their customers. Still, this is a promise being kept by President Joe Biden, who made it clear throughout the 2020 election campaign that he wanted the tax and would turn over every stone to raise enough revenue to cover his exorbitant spending efforts.

Europe Being Held Hostage by Russia?

The United Kingdom and Europe are in the beginning stages of an energy crisis. Gasoline stations are running on empty, motorists are hoarding whatever is available, and inventories are declining. With early weather models suggesting a colder-than-normal winter, utilities are transitioning back to coal, despite investing billions of dollars into green energy infrastructure. But coal output might not be enough to support households and businesses. Europe may be forced to turn to someone it wanted to avoid: President Vladimir Putin. Putin recently extended his hand of friendship to the continent by offering to increase the country’s gas supplies to Europe. Moscow could possibly ship immense volumes of natural gas, should there be a fast certification of the Nord Stream 2 pipeline, which runs under the Baltic Sea between Russia and Germany. The Russian leader noted Gazprom is a reliable firm that has fulfilled all of its contracts and could quickly help Western Europe over the coming months.

“Let’s think through the potential increase of supply on the market, only we need to do it carefully,” Putin said at a televised meeting on Oct. 6. “Russia has always been and is a reliable supplier of gas to its consumers all over the world –- both to Asia and to Europe, and always fulfills all its obligations in full.”

Market analysts are fearful that this could force Europe to become a hostage of Moscow, with experts emphasizing Russia’s ability to turn on and off energy supplies when it wants to achieve geopolitical aims. Secretary of State Antony Blinken believes this is further evidence that Europe needs to shift to more sustainable forms of energy instead of relying on adversarial markets to exploit their commodities as weapons.

Still, International Energy Agency’s (IEA) Executive Director Fatih Birol projects that Russia could boost shipments to Europe by as much as 15%. “If Russia does what it indicated yesterday [Wednesday] and increases the volumes to Europe, this would have a calming effect on the market,” he explained. “I don’t say they will do it, but if they wish so, they have the capacity to do it.”

There is a new cryptocurrency in town that could make you laugh and earn you some quick money – if it is not too late already. Shiba Inu, a digital token that launched last year, skyrocketed more than 70% in 24 hours after Elon Musk tweeted about his puppy. Since the coin made its debut in August 2020, it has soared 1,796,548.08%. As a result, the SHIB currency is now the 12th-largest cryptocurrency by market capitalization, surpassing Litecoin and Avalanche. So, is this another pump-and-dump scheme among the tokens, or does the Ethereum-based alternative to Dogecoin serve a legitimate purpose for investors?