Can Blake Masters Be a Remedy for the Thom Tillis MAGA Blues?

The America First movement must cultivate its own crop of candidates – or fade away.

During the 2020 campaign season, then-President Donald Trump provided an early and unequivocal endorsement of Sen. Thom Tillis (R-NC), a former opponent of constructing a border wall who suddenly saw the light once he was up for re-election and turned into something of a hawk on immigration. Safely returned to office, Tillis can now be seen prominently championing a proposal to provide amnesty to illegal aliens as part of an immigration reform plan.

If America First Republicans are serious about taking control of their party, such scenarios must cease. And the only way to bring that about is to cultivate fresh faces for primary runs who are firmly aligned with the Trump agenda. Has such a candidate emerged in Arizona? Could Blake Masters, protégé of tech titan Peter Thiel, be the remedy for the Thom Tillis MAGA blues?

Getting in the Driver’s Seat

Building coalitions and reaching out across the aisle are an essential part of politics, of course. But no movement will ever get anywhere when its core aims are being actively blocked from within the ranks. The temporary usefulness of a Senate Minority Leader Mitch McConnell (R-KY) may be up for debate. But in the long run, America First supporters will have to get their people into Republican seats and take over congressional party leadership posts if they ever want to enact real change.

In 2018 and 2020, Make America Great Again backers in Arizona had the disheartening choice of either abstaining altogether or holding their noses and voting for the handpicked GOP establishment candidate, Martha McSally, twice in what turned out to be losing Senate races.

Masters keenly recognized McSally’s many shortcomings in 2019 and mulled making a ’20 run himself. “We need to keep this seat Republican,” he told The Arizona Republic. “And we need a GOP that puts voters before donors. Martha McSally lost a winnable race last year. If I come to believe that she can’t win next November, I’ll run.”

He chose not to. But now he is all in. On July 12, Masters announced he will seek the GOP nomination to run against Sen. Mark Kelly (D-AZ) in 2022. And the more he explains what he stands for, the more apparent it is that Trump backers are going to like what they hear.

Masters is laying out a platform in favor of protecting American workers, confronting the illegal immigration floodtide, and opposing endless U.S. military interventionism abroad. Some snippets from his new campaign website:

Our border with Mexico is a disaster. The Biden Administration refuses to finish the border wall and practically invites people to come here illegally. Big business is OK with it, since it means cheap labor. And progressive activists just want to add immigrants to the voter rolls. This must stop.

Why do we still have troops in Afghanistan? Why are we bombing Syria again? Time and again, the American people have made clear that we need to end our pointless interventions abroad and focus on our problems at home…. We need a foreign policy for this century: tough on actual threats like China, without trying to ‘export democracy’ and remake other nations in our image.”

And as for Big Tech?

“Break them up and focus on censorship. Google would be a good start,” Masters told The Washington Free Beacon on July 14. 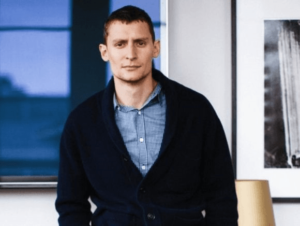 These statements go beyond the hollow words of careerists Republicans looking to placate the Trump-loyal base as an election nears. With his Thiel corporate roots, Masters looks quite appealing to the MAGA voter.

Masters understands the vilification that comes with standing against the Swamp status quo and its big-box media parrots. He knows the weapons they will use against him, and has declared that they don’t faze him in the least.

“It’s just bunk, you know, so I think the left has overplayed its hand now. And I think now we’re finally ready to see a generation of politicians who are basically not going to be afraid of their own shadow.”

As towering a figure as he is, the stark reality is that Donald Trump was never going to remake Washington on his own. Permanent change requires that “new generation” of candidates Masters speaks of to see the Trump political revolution through. America First must produce such a crop, or it is destined to ultimately fade away like an old Ross Perot bumper sticker or the Tea Party “Don’t Tread on Me” T-shirts of 2009.