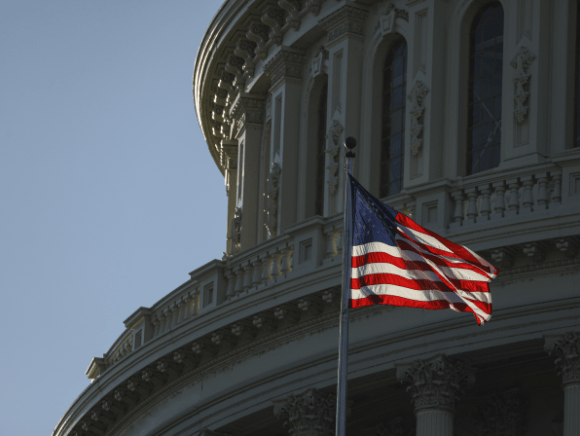 As we enter a new year, is the American dream still alive and kicking?

When Charles Dickens wrote that it was the best of times and worst of times, he was describing London and Paris in the mid-19th century. But he might just as well have been referring to the state of play in America as we enter 2023.

Indeed, as this nation faces the 248th year of our existence, we are, as always, forced to look both in the rearview mirror and to the road ahead in order to navigate the next 365 days. What each of us expects in this new year represents something of a  Rorschach test for both the strong-willed and faint of heart, for it is not difficult to make a case that the country’s glass is half-full, or half-empty.

We are at once faced with both fertile opportunities and existential crises. For example, those of a half-full orientation celebrate ever-advancing high technology that has enabled a lifestyle that only seemed possible in once-futuristic fantasies but is now commonplace for those who have grown up in this 21st century. The internet in general and social media in particular continue to change the world in ways both obvious and nuanced. But for every person who believes the Twitterverse has become a valuable appendage to our everyday lives, there is another in the half-empty crowd who sees it mostly as a toxic influence on the culture.

It was just such social media that undergirded the neo-Marxist cultural uprising in the wake of the George Floyd affair in 2020, in what has arguably become the most threatening development of the early 21st century. The impact of wokeness on our national institutions has been profound, aided as it is by virtue-signaling corporate media which now unapologetically serves as the mouthpiece for Joe Biden as fervently as it did the sworn enemy of Donald Trump. But one can also point to how even those famously fickle suburban soccer moms are now aware of the left-wing indoctrination endemic to public education, unmasked during the widely condemned school shutdowns of the pandemic. An optimist can also point to something all but unthinkable even one year ago: “fake news” CNN firing its most rabidly leftist personalities, and even MSNBC becoming more centrist – relatively speaking, of course.

On the political front, the Democrats’ control of the White House and both chambers of Congress has given way to the new reality of divided government. Gridlock – which many embrace and many others decry – will certainly ensue in the coming year. The two sides are as far apart as east and west. Is this split governance just the latest manifestation of Americans’ reluctance, particularly over the last century, to hand either Republicans or Democrats all the keys to the kingdom for an extended period of time? Or does it represent the continued indecision and wobbliness of a people who elected George W. Bush, then Barack Obama, then Donald Trump, and then Joe Biden? Both chambers of Congress are now virtually split down the middle – an accurate reflection of the country writ large. Optimistic conservatives can emphasize the GOP’s newfound control of the lower chamber and its 4.5% margin in the popular vote across the land, while pessimists will focus on the party’s failure to build a significant majority that can serve as a firewall for 2024.

As we rang in 2022 one year ago, the GOP was widely expected to not only take control of the House but to do so by a comfortable margin and very possibly win a majority in the Senate. But instead, the 2022 midterms produced a mirror image of the 2020 congressional elections, when Democrats were expected to build a comfortable margin but wound up holding an almost identically slim majority as the GOP will just days from now. As we started last year, Donald Trump was the clear frontrunner to win a third straight GOP presidential nomination. But now, after most of his hand-picked candidates were defeated in November, that is anything but clear, with the stunning landslide reelection of Florida Governor Ron DeSantis resetting the 2024 presidential race. Joe Biden, who began 2022 on the ropes, now believes the abortion-driven outcome of the midterms represents an endorsement of his leftist agenda, so he appears more likely than ever to seek a second term. Once again, we learn that in politics, as in life itself, a day can be as a year and a year as a day. That is how quickly things can change.

So, let’s tie all this together by asking the perpetually burning question: what is the state of the so-called American dream as we enter the brave new world of 2023? Well, the results of the latest annual survey on “the state of the American Dream” conducted at the midway point of 2022 by Archbridge Institute might surprise you:

Makes you feel optimistic, yes? Well, here’s the other side: despite their expressed happiness with life in the USA, when they are in turn asked about the future of the country, most respondents say they feel more pessimistic than optimistic. Such is the dualism of 2023. And of course, you are free to choose your perspective, dark or light. But here’s hoping your glass is not just half-full, but that you face the year ahead realistic but sanguine, wary but hopeful, and deeply skeptical of the government but not the country. Because in the end, turning the calendar does nothing to change the fact that we still live in the greatest nation in the history of civilization.