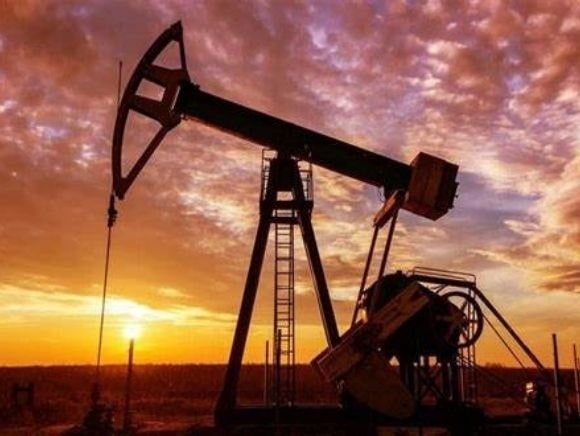 Are Energy Prices Headed to the Moon?

Is there enough fuel in the energy rally in 2021?

The global energy industry has drilled so many narratives from the ground that the average armchair trader and institutional investor can hardly keep up with all the information, developments, and news coming out every day. Will crude oil top $100 per barrel this year? Will the Organization of the Petroleum Exporting Countries (OPEC) and its allies, OPEC+, stay intact? Will natural gas slip into a supply deficit heading into 2022? Where does coal fit into today’s power generation? One thing is for certain, energy prices are only heading higher in the second half of 2021, making the sector as hot as the heat dome in central Canada.

West Texas Intermediate (WTI) crude prices are trading around $75 a barrel, the highest level since late 2018. Brent, the international benchmark for oil, is also priced in the same vicinity. The consensus among market analysts is that WTI and Brent contracts are targeting $100, which has not happened since the summer of 2013. As Liberty Nation reported this past spring, there had been an expectation that black gold would experience its own supercycle amid falling inventories, slowing output growth, and surging global demand. With OPEC in disarray, it appears to be inevitable that a cup of good old Texas tea would flirt with triple digits.

OPEC Up in Flames Energy futures were given a significant boost when multiple sources, including Bloomberg and The Wall Street Journal, reported that OPEC+ ended talks for the third time after a dispute on production levels. The 23-nation coalition agreed to raise production by 400,000 barrels per day from August to December and potentially extend the normalization to the end of 2022. Still, the United Arab Emirates disapproved as it demands to be afforded the same quotas as Saudi Arabia. Now, the world’s top producers are ostensibly facing a deadlock over output as international markets face tighter supplies and surging prices. In addition, OPEC+ has not scheduled a new date for negotiations, temporarily leaving the state of oil in uncertainty. This could be trouble for an industry that is forecast to see demand climbing to an additional five million barrels per day in the second half of 2021.

The energy revolution that has occurred over the last decade sent natural gas prices tumbling, with output and supplies skyrocketing. The so-called bridge fuel had primarily traded in the $2 range over the previous five years. Today? It has set its sights on $4 per million British thermal units (Btu) amid supply disruptions, rebounding demand, seasonal maintenance, and global shortages. With China importing vast amounts of natural gas, Europe’s stockpiles diminishing, and the busy U.S. summer driving season, Morgan Stanley is forecasting a supply deficit heading into next year and lingering until sometime in 2023. The shortfall will eventually reach its zenith when U.S. production (four billion cubic feet per day) outpaces demand growth (two cubic feet per day) in the middle of 2022.

A Lump of Coal for Christmas

Liberty Nation reported last month on the resurgence of coal. Despite the marketplace shunning the dirty fossil fuel and governments trying to restrict access, nations have been resorting to the classic Christmas gift in recent months. Europe is running low on natural gas, electricity demand is returning to pre-pandemic levels, and renewables have not been as reliable as eurozone policymakers had anticipated. As a result, coal consumption in Europe has increased as much as 15% in the first half of 2021, with Germany and Holland leading the way. Coal usage has also risen in China, Indonesia, Japan, and the United States. This has ignited an opportunity for America’s Coal Country, especially as prices inch higher. The Energy Information Administration’s (EIA) Short-Term Energy Outlook projects that domestic output will rise 7.8% this year and 2.7% in 2022.

Will Hydrogen Dominate the World?

U.S. gas suppliers are betting big on hydrogen. Saudi Arabia plans to dominate the global hydrogen market. The European Union and the United Kingdom could lead the world in hydrogen demand by 2050. Suffice it to say, many parties are bullish on hydrogen fuel cells. The chief hurdle for the international economy to overcome would be the cost, and reports indicate that prices need to collapse by 50% to be a viable option in a broad array of sectors. Still, Goldman Sachs forecasts that hydrogen technology will transform into a $12 trillion business in the next 30 years.

As the World Returns From the Brink

The world is coming out of the worst public health crisis in more than a century. People are returning to a semblance of normalcy, much to the chagrin of officials and the media who keep fearmongering about fresh waves amid the Delta variant. The global economy is trying to be revived. These factors will lead to another energy boom, which will also mean higher prices for gasoline, utilities, and consumer goods. New opportunities are flooding the international marketplace, and U.S. innovation will, once again, be at the forefront of production and the latest technologies. The energy sector might be under attack by the progressives in Washington, but it has withstood bombardments before – and the industry will do it again.