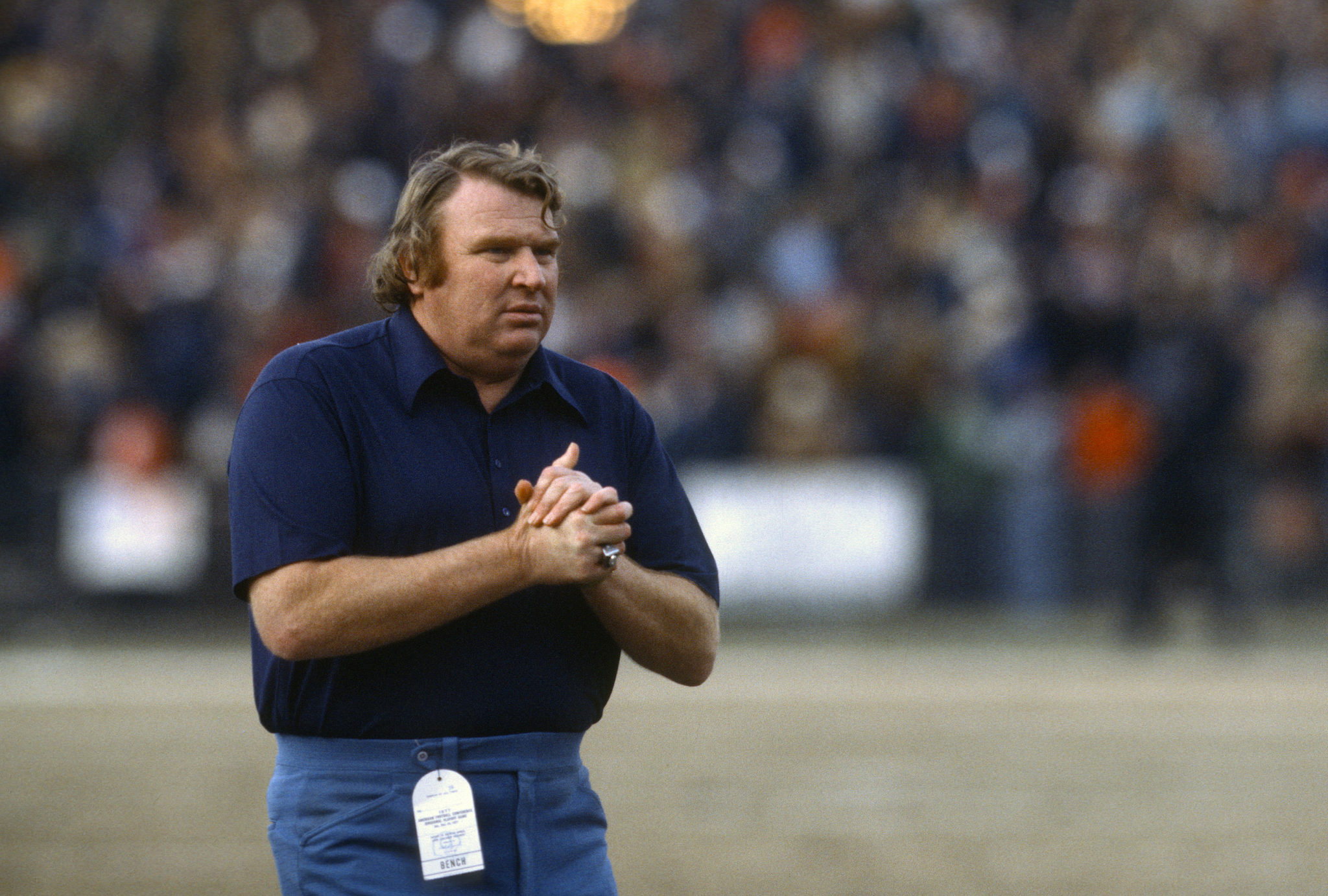 He achieved legendary status in two industries, and in the hearts of countless Americans.

UNSPECIFIED - CIRCA 1977: John Madden head coach of the Oakland Raiders looks on from the sidelines during an NFL football game circa 1977. Madden coached the Raiders from 1969-78. (Photo by Focus on Sport/Getty Images)

John Madden, one of the greatest coaches in football history who went on to become one of America’s most popular broadcasters, died unexpectedly on Tuesday at the age of 85. No cause of death has yet been provided. (Photo by Focus on Sport/Getty Images)

As one of the youngest coaches in pro football history, Madden led the Oakland Raiders to seven title games in the old American Football League (AFL), which later merged with the National Football League (NFL), and capped his career with a Super Bowl victory in 1977. He compiled the highest winning percentage (.759) of any coach in NFL history, before embarking on a second calling as a broadcaster which would secure his legendary status.

The famously rotund Madden became a household name across three decades as a color commentator alongside play-by-play man Pat Summerall, calling 11 Super Bowls while working at all four major networks. He was unique in his popularity among both men, who respected his football knowledge, and women, who took to his huggable teddy bear personality, colorful language, and ability to boil the game down to the basics. His fear of flying led to his premature retirement from coaching. Thus, during his days as a broadcaster, up through his retirement in 2009, he would criss-cross the country in his lavishly appointed recreational vehicle, the “Madden Cruiser,” going from game to game, making friends in small towns all along the way.

Following his tremendous success on the sidelines and the broadcasting booth, Madden completed an extraordinary life trifecta, developing one of the world’s most popular video games, “Madden NFL.”

NFL Commissioner Roger Goodell paid tribute to the late coach and broadcasting icon: “Nobody loved football more than Coach. He was football … There will never be another John Madden, and we will forever be indebted to him for all he did to make football and the NFL what it is today.”