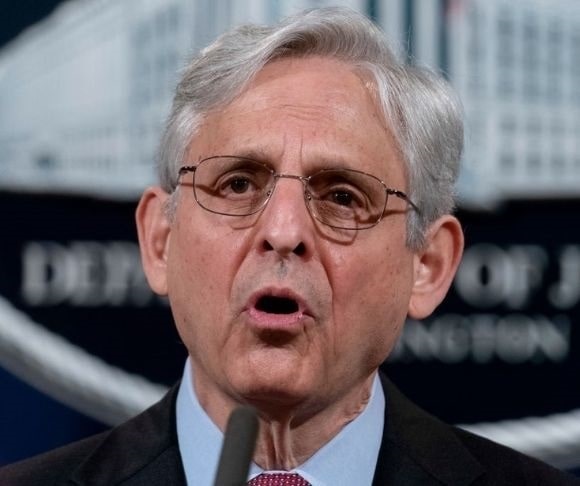 The TwitterZone: Start Counting the Votes, We’re In for a Ride

Twitter obsesses over the Merrick Garland confirmation that never was.

The battle over President Trump’s potential third Supreme Court nominee is underway, and there are no holds barred in the upcoming Senate fight. Radical leftists led by their favorite TV personalities have already threatened to cause unrest and disorder at the prospect of an additional Supreme Court appointment before the election.

Democrats have already threatened to pack the Supreme Court many times since Trump’s successful appointment of Brett Kavanaugh in 2018. Taking lessons from their liberal icon Franklin Delano Roosevelt, the threat of court-packing under a Democratic presidency is genuine, regardless of its historic unpopularity with party members and the American public. The U.S. is so polarized and rewarding of blind party loyalty today that it would be ignorant to assume that Democratic legislators would strike down any attempts at court-packing under a directive from either Joe Biden or party leaders.

The idea of Democrats changing the rules of the game for something as important as the Supreme Court is not unprecedented. Democrats have also floated the idea of completely removing the filibuster if they manage to flip the Senate blue this election. This year, Biden promised not to pack the Supreme Court, abolish the filibuster, or set term limits for Supreme Court justices. Of course, this is when he was still playing the moderate in the Democratic primaries. The former vice president has moved much further to the left over the last few months, attempting to draw progressive support behind his campaign. The nature of politics suggests that anyone’s opinion can be changed, especially when the potential for greater power is involved.

Twitter has already exploded in raucous support or vengeful outrage at the news of Trump’s intention to nominate another justice to the Supreme Court before the election. Clips of Republican legislators like Sens. Lindsey Graham (R-SC) and Mitch McConnell (R-KY) arguing against Merrick Garland’s nomination before the 2016 election are being retweeted and shared en masse. The fact of the matter is that Republicans have controlled the Senate since 2015, and it is ultimately part of their power to stall or confirm any presidential nominees. If Democrats controlled the Senate during Trump’s first term, there is a chance that few of the president’s nominees would have been approved, and Republicans would have been forced to accept it.

Onlookers are paying close attention to the swing votes on the Republican side of the Senate. Senators Lisa Murkowski (R-AK), Susan Collins (R-ME), and Mitt Romney (R-UT) will likely be courted by both Democrats and Republicans for their immense power in this circumstance. Susan Collins has already voiced opposition to voting for a nominee this close to an election. She also faces a tough Senate race in her home state that will likely be impacted by the results of this nomination. Both Romney and Murkowski have remained silent about the sides they will be taking, and we can be sure that their decisions will impact whether Senate Republicans will attempt to fast track Trump’s nominee before Election Day.

The outcome of this significant political event is likely to influence our politics for the next four years. If a conservative majority on the Supreme Court is ensured before the election, there is little doubt that attempts at stacking the court or setting judicial term limits will come into play should Democrats win either the Senate or the presidency.