Revenge of the House Republicans

If the Democrats lose power, their troubles are just beginning.

The Democrats are already in a heap of trouble politically – but they will have a whole new set of headaches if Republicans retake control of the House of Representatives. With 2024 looming in the not-so-distant future, will the left be able to fend off the onslaught of attacks coming from the GOP long enough to have a chance at keeping the White House?

Should a new breed of conservatives take positions in Congress’ lower chamber, the nation might see something different from a GOP that has typically been reticent to engage in the type of political pugilism seen from left-leaning politicians. But now that the party has become distinctly more Trumpian, the gloves may be taken off and burned in the furnace.

With a Nov. 8 GOP victory expected by many, House Minority Leader Kevin McCarthy (R-CA) has been signaling that his crew will initiate a series of investigations into various matters that could spell trouble for the Democrats’ political future. Rep. James Comer (R-KY), the top Republican on the House Oversight Committee, has already declared his intention to look into the business dealings of Hunter Biden, son of President Joe Biden.

Questions about Hunter’s activity with China and Ukraine have garnered much scrutiny since 2020. House Republicans would likely launch an investigation to ascertain the extent to which the president may have been involved in his son’s endeavors. In fact, it appears Comer has been preparing such an inquiry for some time. “The reason we are investigating Hunter Biden is because we believe he is a national security threat. But we are also concerned that Hunter’s shady business dealings have compromised Joe Biden,” he said in an October interview with Fox News. 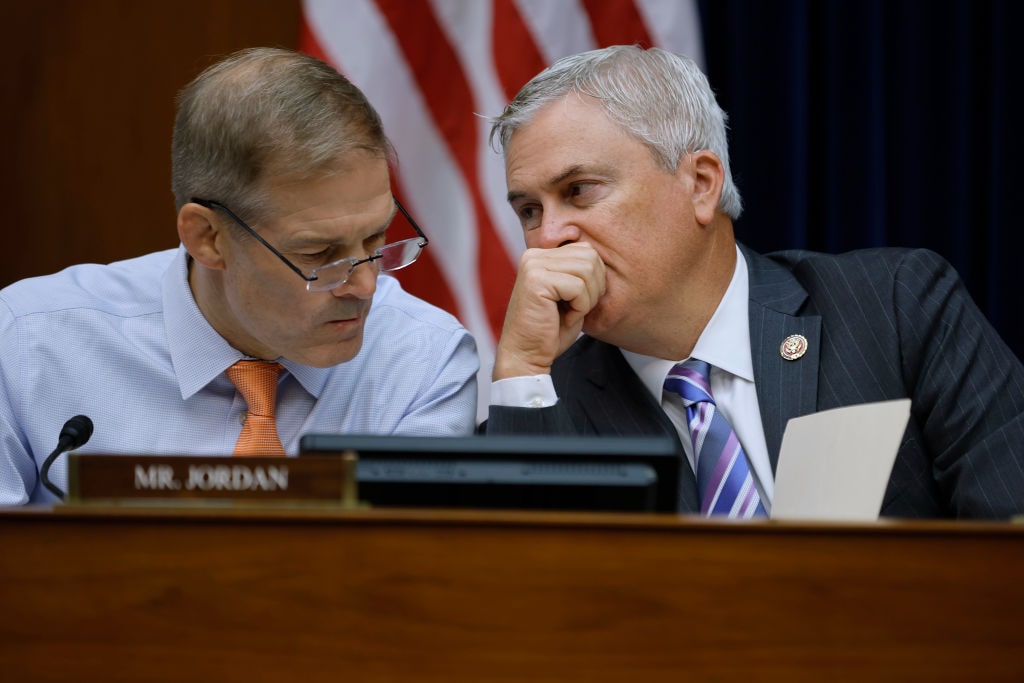 House Republicans might start investigations into the botched withdrawal of US troops from Afghanistan as well, which could make more than a few people in the Swamp nervous. It was this debacle that caused President Biden’s approval ratings to sink to lows from which they have yet to recover. When the American people get a glimpse of what led to the disaster, Democrats and their friends in the activist media may have a difficult time spinning this yarn into gold.

The Justice Department also would be subject to scrutiny. Rep. Jim Jordan (R-OH) and others have already been collecting whistleblower statements showing there are political elements in the agency. Were the GOP to retake the House, a much deeper dive seems probable.

Such investigations may be damning enough to ensure a Republican victory in 2024. They would likely continue for the entire final two years of Biden’s first term. And the White House may yet provide more fodder for conservative politicians and right-leaning media.

This administration has shown over and over again that it is not up to the task of handling the issues Americans deem most important. While a Republican majority in the House and possibly the Senate would stymie most of Biden’s economic policies, domains that fall under the executive branch will undoubtedly continue to be mismanaged. After almost two years of an ever-worsening crisis at the southern border, the White House has shown itself unable or unwilling to address the immigration problem.

If House Republicans are poised to fulfill their promises, Democrats will have a long, hard road ahead. The situation could become so ugly that even the activist media won’t be able to sway public opinion in their favor. The country is in for an interesting next two years.