How Will Education Affect the Midterm Elections?

The debate over education is resulting in legal, cultural, and political battles.

The conflict over education, which began more than a year ago, is reaching a fever pitch as a multitude of legal, cultural, and political battles rage across the nation. A variety of issues pertaining to education is driving spirited debates in a number of states, and, as the midterm elections draw closer, it seems clear these conversations will affect America’s political landscape.

Florida has been a hotbed of arguments over education. In Sunshine State classrooms, most of the conversation centers on the infusion of hard-leftist ideas on race and gender. The Florida Senate Education Committee passed the Parental Rights in Education bill, which prohibits school districts from allowing teachers to facilitate discussions about sexual orientation and gender identity as part of their lesson plans. Opponents of the legislation refer to it as the “Don’t Say Gay” bill.

Critics of the bill argue it erases members of the LGBTQ community from history, literature, and other areas. They also claim the language in the legislation is too vague and could prevent any discussion of the LGBTQ community. The text of the bill states school districts “may not encourage discussion about sexual orientation or gender identity in primary grade levels or in a manner that is not age-appropriate or developmentally appropriate for students.”

Critical Race Theory (CRT) has become a hotly debated issue in multiple states. Loudoun County, Virginia, is a ground zero of sorts for this particular fight. Videos showing parents attending school board meetings to express opposition to CRT concepts taught in classrooms have gone viral on numerous occasions. Indeed, it was one of the central issues that propelled Governor Glenn Youngkin to victory over his opponent, Terry McAuliffe, who not only supported CRT but also suggested that parents should not have a say in what their children are being taught.

The district sent an email explaining that only certain races would be allowed to be part of these groups:

“*Note: This is a safe space for our Asian/Asian-American and Students of Color, *not* for students who identify only as White. If you identify as White, and need help to process recent events, please know I’m here for you as well as your guidance counselors. If you need to know more about why this is not for White students, please ask me!”

The judge ordered the district to end its segregationist policy and First Amendment violations. However, many other school districts are enacting similar programs. 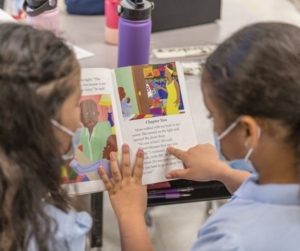 These battles began when the COVID-19 pandemic necessitated at-home learning, and parents became more privy to what their children were being taught. Teachers’ lessons could easily be heard by parents watching the video classes.

It is also important to note the ongoing fracas over mask mandates in schools. Several Democratic governors announced over the past two weeks that they would be lifting orders to wear masks in public spaces. However, many states, including California, are still leaving masking requirements in place, which has been a source of public consternation, many of whom are ready to enter a post-COVID era.

While recent polling suggests a majority of Americans still support mask mandates, these numbers will likely decline as more people realize they are unnecessary. Indeed, at last weekend’s Super Bowl, footage and pictures emerged showing wealthy individuals traipsing about the stands without face coverings. It was the latest in a long line of examples showing the elite are not gung-ho about wearing masks. Children, who are far less likely to be infected or become seriously ill with the coronavirus, are still being forced to cover their faces, while those making the rules carry on as if it’s 2019. It’s type of hypocrisy is not going over well with parents of school children.

Polling also has shown that most parents are against teaching concepts related to CRT and a majority of them are concerned about what their children are learning in the classroom:

“The latest Fox News national survey finds 73% of registered voters are ‘extremely’ or ‘very’ concerned about what public schools are teaching children.

“The only issues more concerning to voters are inflation/higher prices (87%), political divisions within the country, and health care (76% each).”

Given these numbers, it is easy to predict that education will play an exceedingly important role in determining the outcomes of the midterm elections in November. However, the GOP win in Virginia’s gubernatorial race could provide a glimpse of where the electorate is leaning. If this is any indication, education will be yet another issue in which the Democrats are out of touch with the rest of the populace.