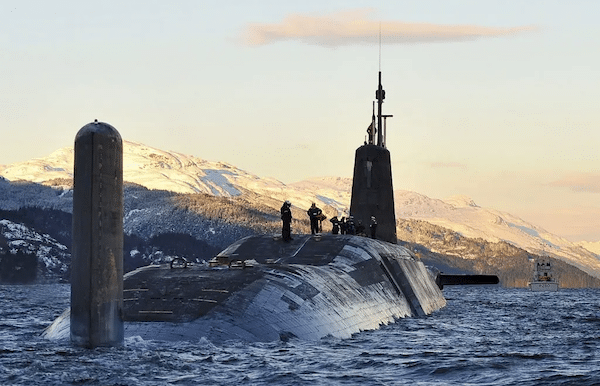 The U.S., U.K., and Australia nuclear submarine deal has angered France and China – and the problem is?

It’s not every day that the U.S. can infuriate both France and China at the same time on the same issue, even if for different reasons. Some would call that efficiency. The ruckus started on September 16 when President Biden, in the virtual company of U.K. Prime Minister Boris Johnson and Australian Prime Minister Scott Morrison, announced a new working agreement among the three to share advanced technology, read advanced nuclear technology.

The agreement, according to Politico, includes Australia acquiring eight nuclear-powered submarines from the U.S. But there is more. Only six countries have nuclear submarines: U.S., U.K., Russia, France, India, and China. Now there will be a seventh. Wait. Didn’t Australia enter an agreement in 2016 with France to buy 12 diesel submarines from the French Naval Group worth $39 billion? Yes, it did, and that deal is now canceled. That’s why France is miffed.

Furthermore, not wishing to have miffed-status go unrecognized or avenged, French President Emmanuel Macron recalled France’s ambassador to the U.S. – a bold move by any measure. Writing for The American Spectator, Jed Babbin described the French reaction:

“France has recalled its ambassadors to both the US and Australia. It is the first time France has recalled an ambassador to the U.S. French Foreign Minister Jean-Yves Le Drian said the action was ‘justified by the exceptional gravity’ of the situation. It’s a huge diplomatic signal, which means it’s entirely ignorable. Le Drian called AUKUS a ‘stab in the back.’ He also said that the deal was ‘unacceptable behavior between allies and partners.'”

Worse yet, the French embassy canceled the annual U.S.-France Friendship gala in Washington. Inside the beltway, that is the ultimate snub. Whether any actual cache with the French is lost in the long run remains to be seen. This kerfuffle is not the first time there’s been a rift between France and the States. France fell out of favor with the American citizens for not supporting the U.S. in the United Nations after the Islamic jihadist 9-11 attack. French President Jacques Chirac did not back President Bush over military action in Iraq. Furthermore, France’s refusal in 1986 to grant overflight rights for U.S. F-111 fighter-bombers attacking Libya in retaliation for the downing of Pan American Flight 103 over Lockerbie, Scotland, remains a memory for Americans.

Nonetheless, Australia backing out of the submarine contract should not have been a surprise to the French. According to The Canberra Times:

“For no less than 18-months, it was planned in secret, according to the now-free-to-talk folk behind the deal of the century. The government’s sovereign shipbuilding program with Naval Group was a disaster, and it was becoming clear to all that conventional submarines were no solution to the Indo-Pacific crisis that was unfolding… Internal murmurings began in Australia – would it be possible to go nuclear?”

The real insult to the Macron government was that the British and the U.S. made a larger strategic agreement without consulting Paris. But the negotiations and ultimate deal were predicated on what was best for Australia and regional security for nations with the most invested in the Pacific region. Though the big deal is selling Virginia Class submarines to Australia, the subs and technology that goes into them will be a trilateral U.K.-U.S.-Australia team effort. Nuclear reactor know-how, hull shape, propeller design to minimize cavitation (bubbles generated) that generate noise, and unique welding techniques will attend the agreement. Nuclear welder certification requires security background checks and often as long as eight years to be fully qualified. The reactors for the submarine fleet will be built in Adelaide, giving the Aussies greater insight into the world of nuclear propulsion.

“Australia’s decision to partner with the US and UK over France also signaled its strategic view toward China has changed ‘very dramatically’ since the contract was awarded in 2016, according to Ivo Daalder, who served as US ambassador to NATO from 2009 to 2013. Relations with China have deteriorated over Beijing’s handling of the COVID-19 pandemic, actions in the South China Sea, and efforts to control trade in the Pacific. ‘Frankly, [Australia] wanted to bind the US into the Pacific as well, and this is another way to do that,’ Daalder told Fox News. ‘The strategic rationale for going with the UK-US was much more significant than going with the French. The conventional subs were just not going to do the job.'”

However, China’s reaction was what you would expect. As The Guardian reported, the spokesman for the Chinese foreign ministry, Zhao Lijian, relayed the fit of pique that Beijing was in regarding the agreement. Zhao called it “extremely irresponsible” and went on to berate the three countries in the new alliance, saying they:

“…should abandon the obsolete cold war zero-sum mentality and narrow-minded geopolitical concepts and respect regional people’s aspiration and do more that is conducive to regional peace and stability and development – otherwise they will only end up hurting their own interests.” According to the Chinese Communist Party’s (CCP) mouthpiece, Global Times, Australia has “turned itself into an adversary of China.” The CCP propaganda rag went on to threaten Canberra that it could be “targeted as a warning to other if it acted ‘with bravado’ in allegiance to the US, or by being ‘militarily assertive…Thus, Australian troops are also most likely to be the first batch of western soldiers to waste their lives in the South China Sea.'”

The aggressive stance taken by Beijing is why Australia, with far more capable nuclear submarines, is precisely the enhanced deterrent needed by the U.S.-Indo-Pacific allies.

Though President Biden and Prime Minister Morrison stressed that Australia’s new submarines would not carry nuclear weapons, the Virginia Class vessels’ 14 vertical launch tubes and four torpedo tubes capable of launching Tomahawk cruise missiles are a hefty punch. Significantly increasing the Australian naval underwater presence as a counter to the Chinese and their global dominance objectives is good U.S. foreign policy and sends an unmistakable message to Beijing.